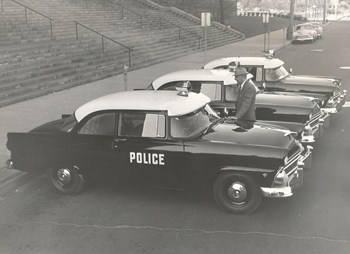 Patrol cars used in the 1950's by the Milwaukee Police Department 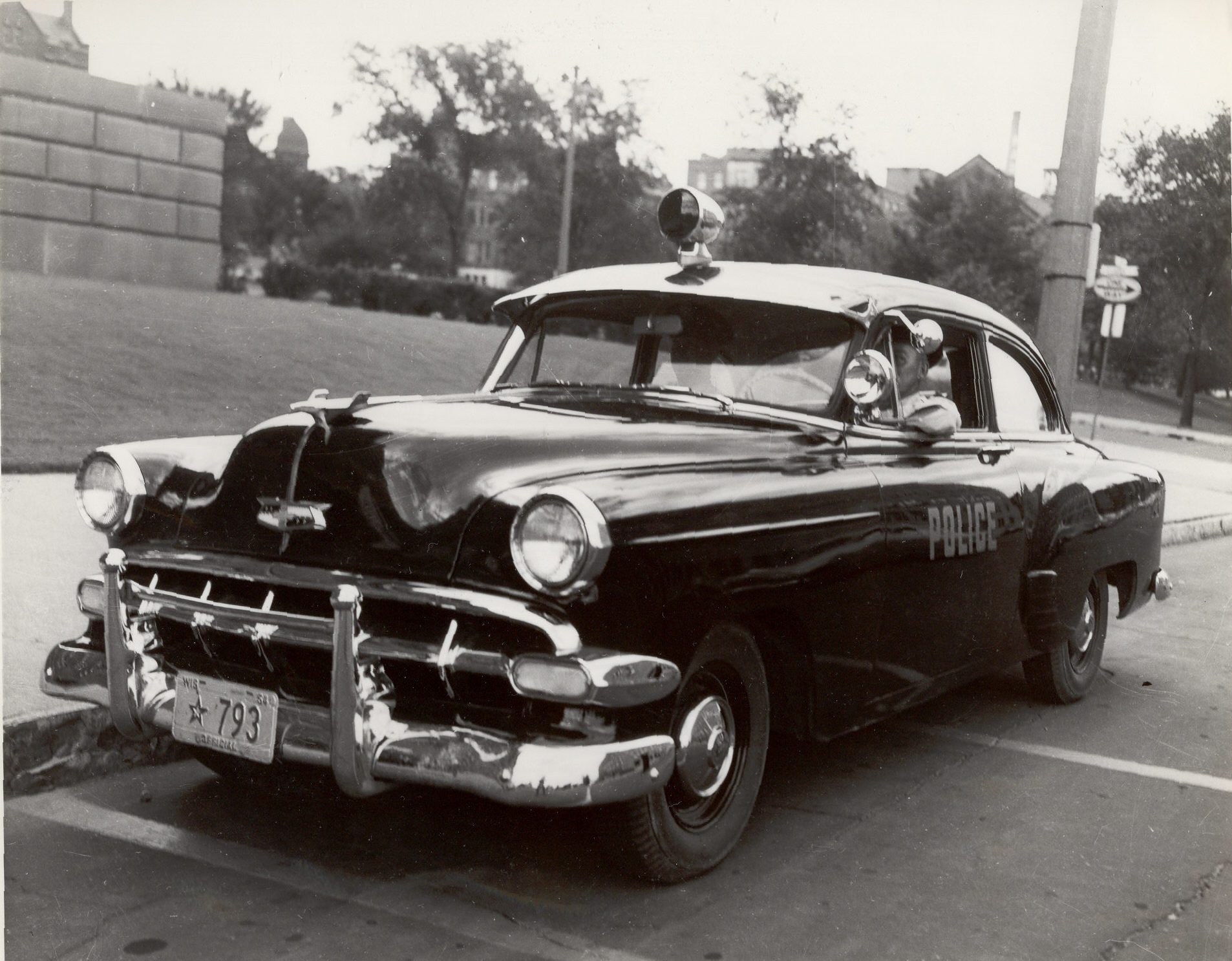 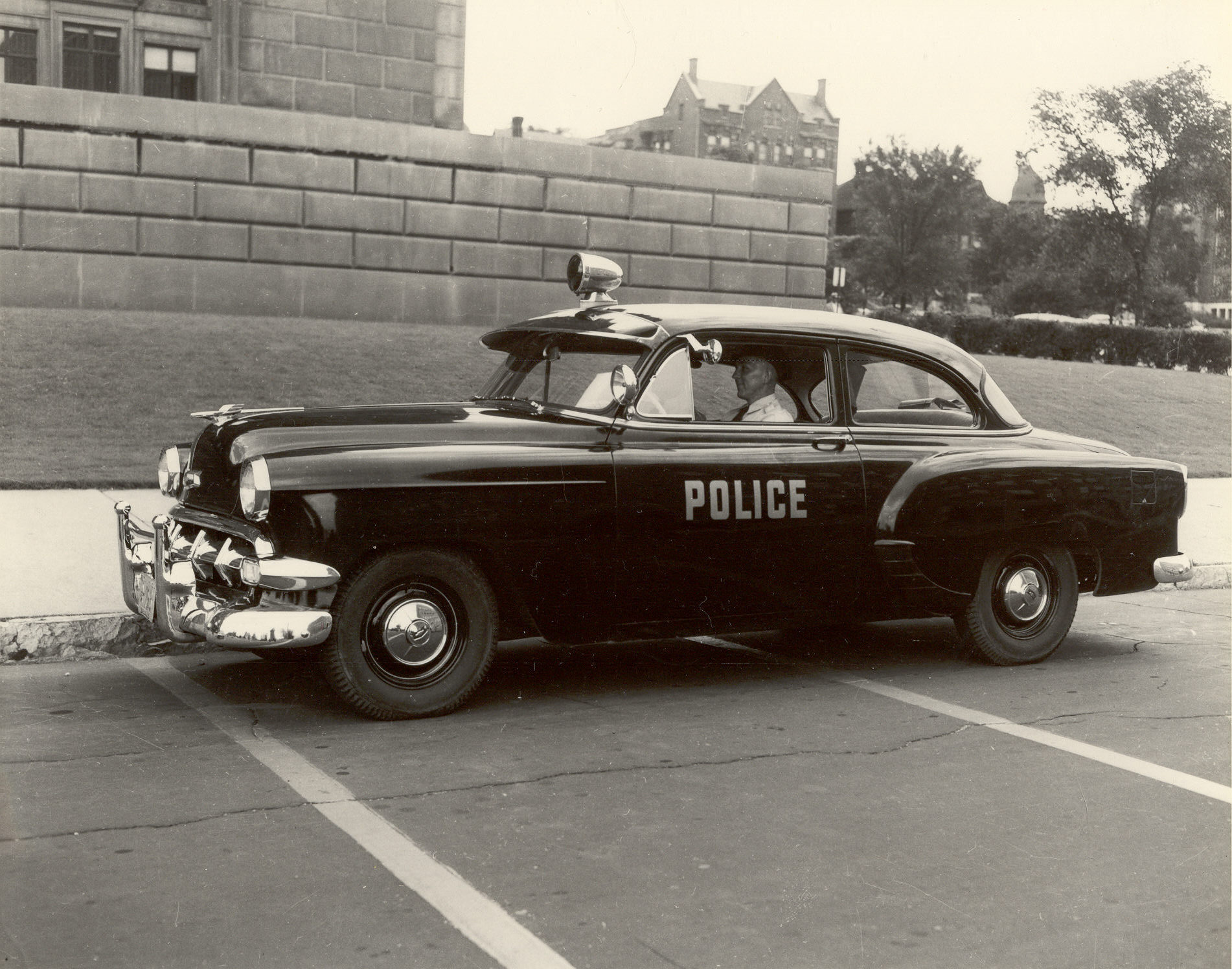 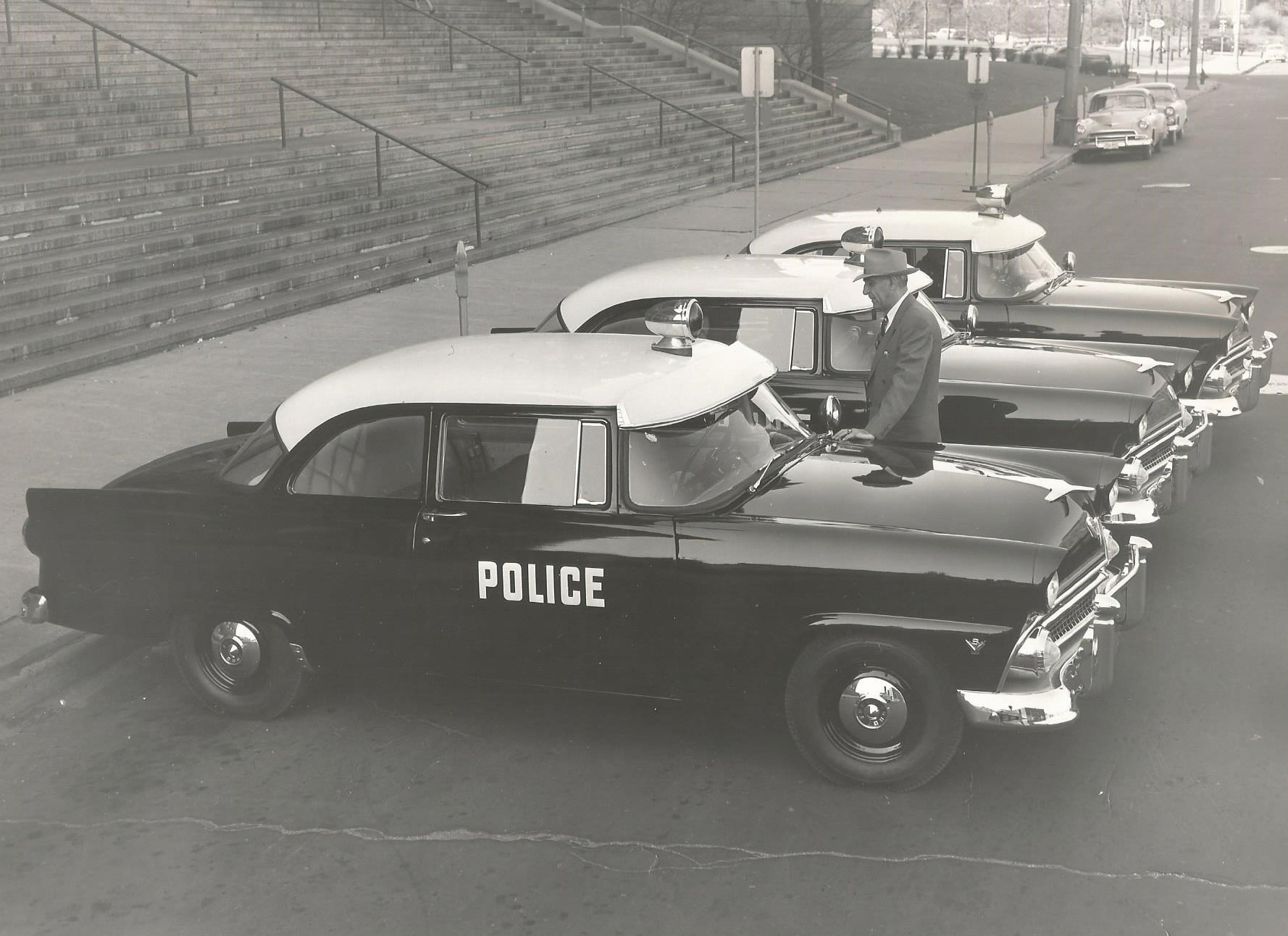 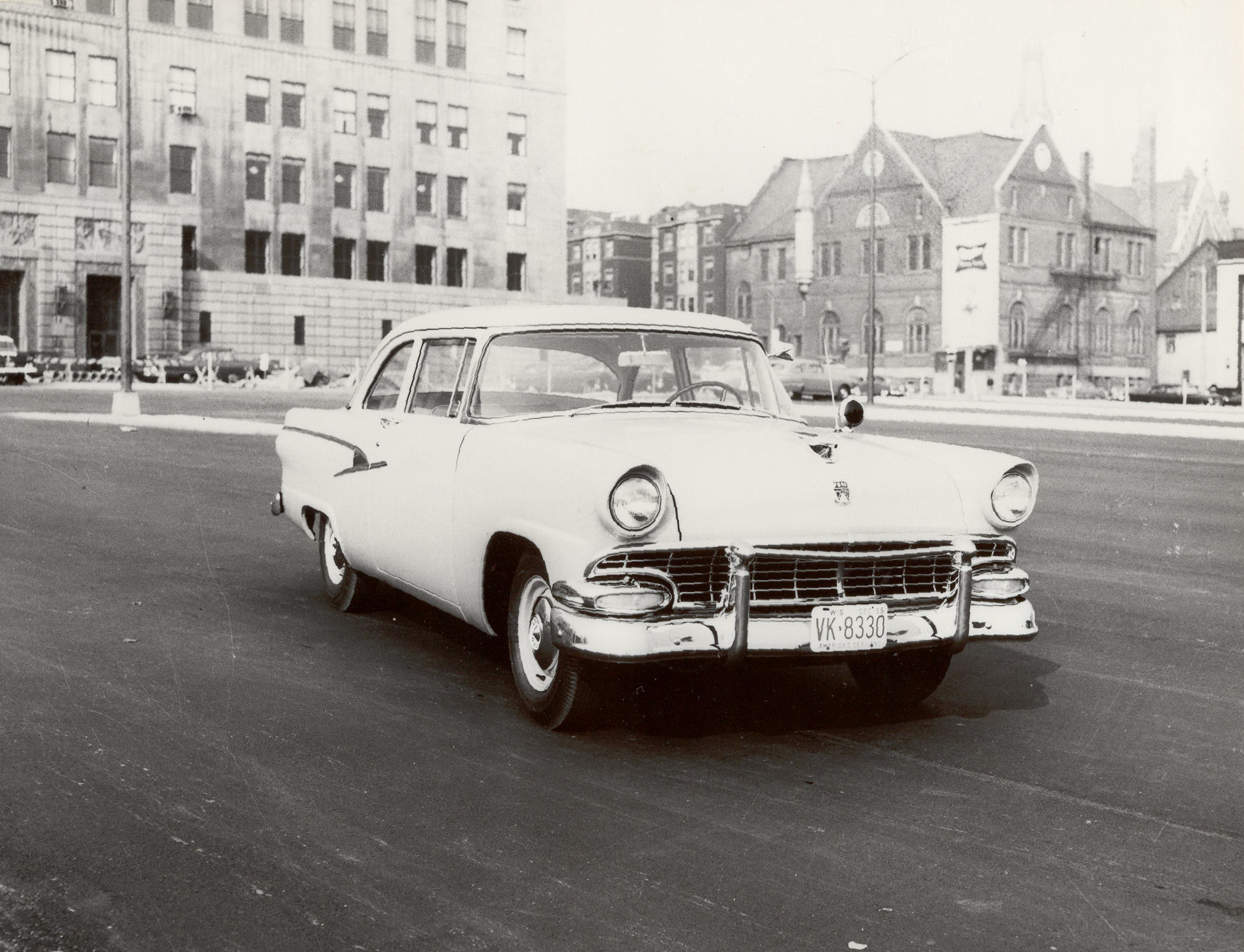 1956 Ford 2 door six cylinder engine with a red spotlight on the drivers side- front passenger view. 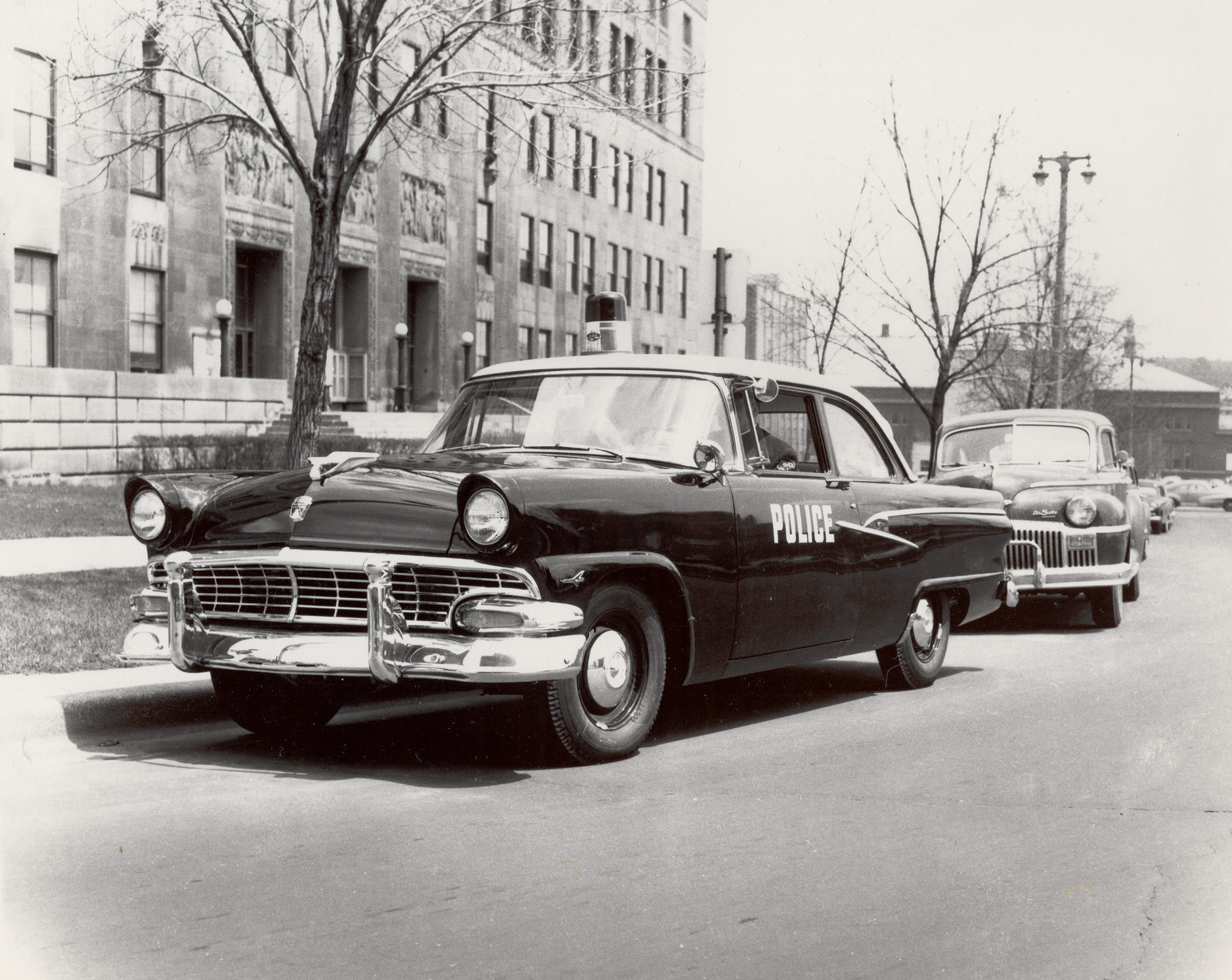 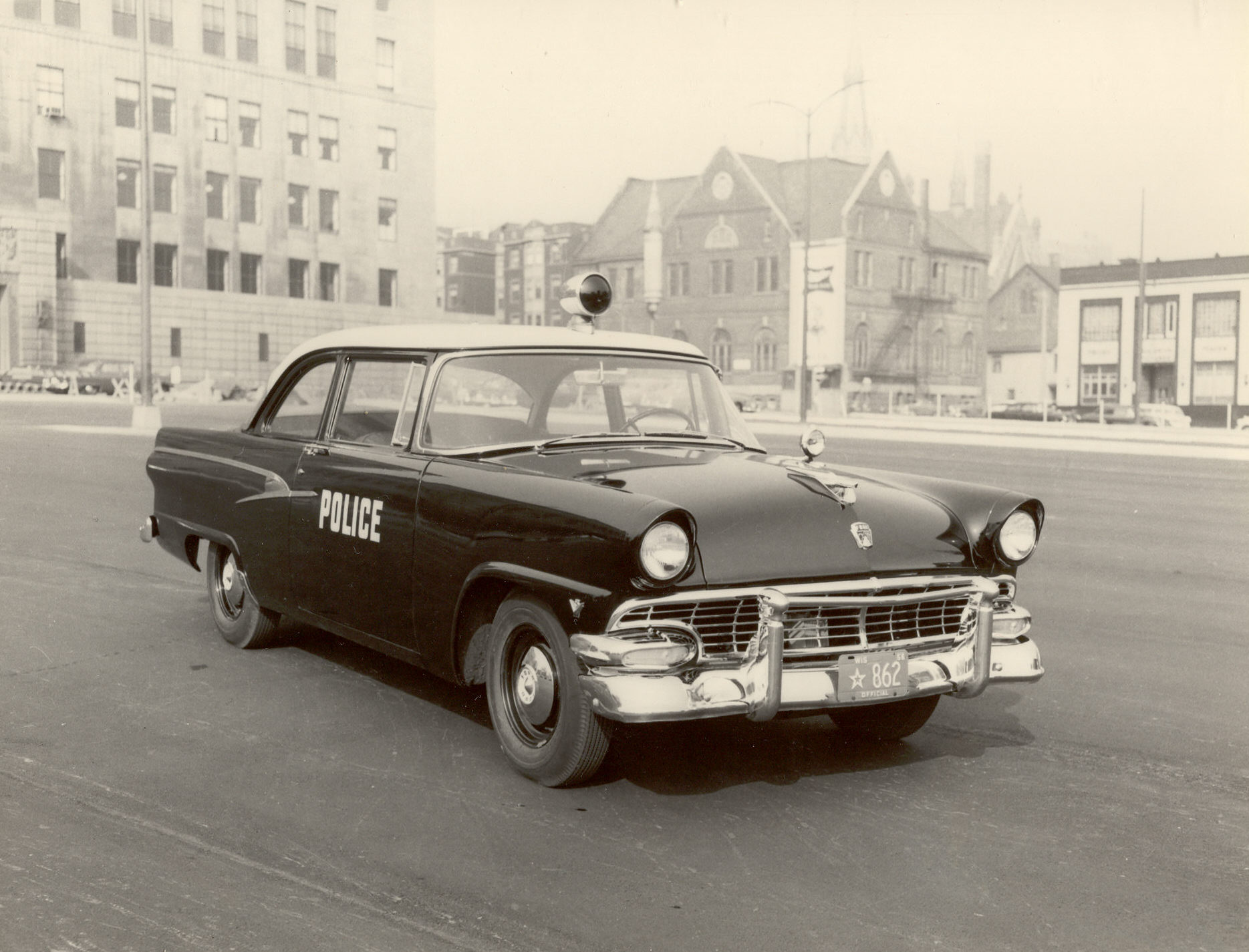 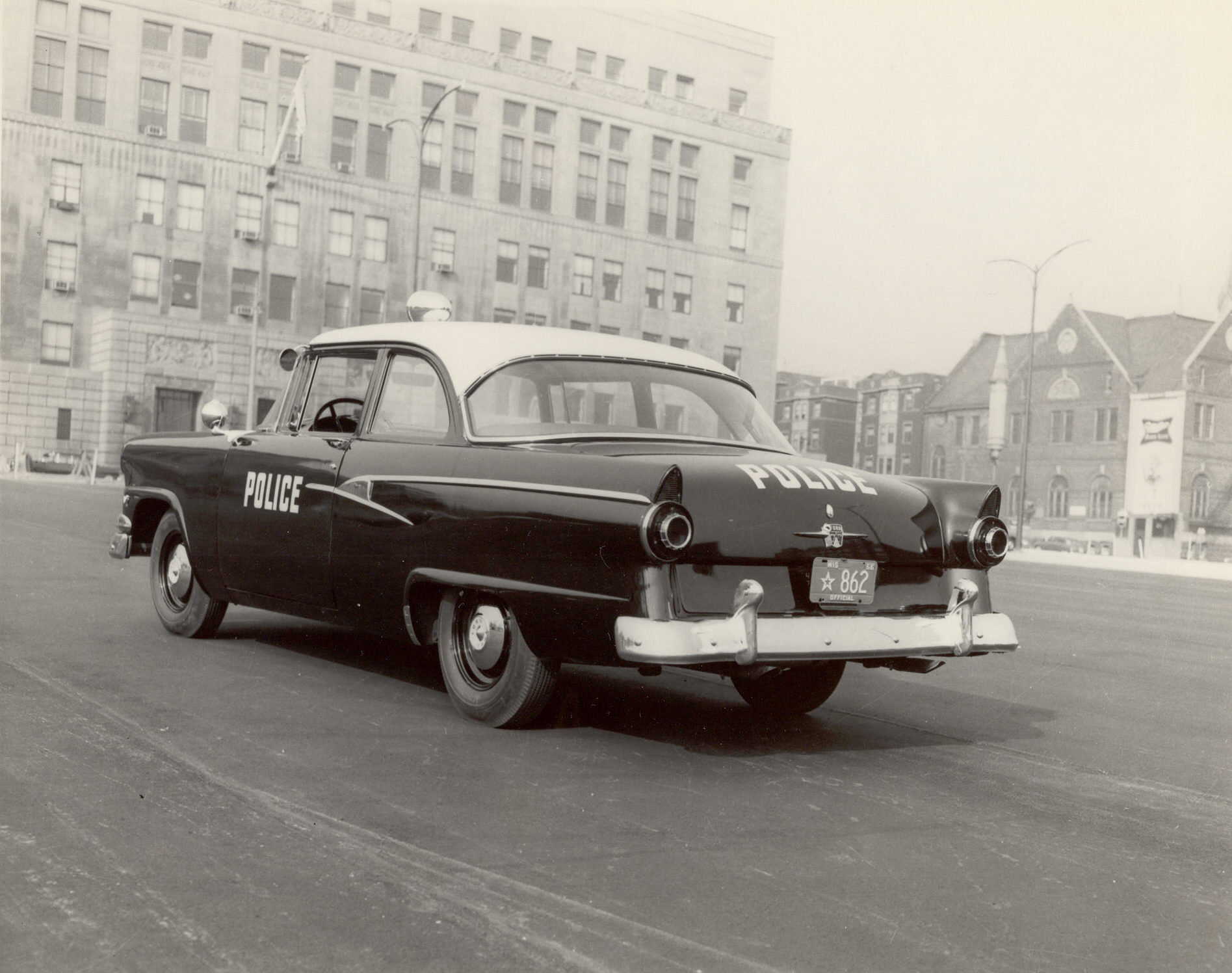 1956 Ford 2 door with V-8 engine and dual exhaust, "Police" marking on the doors and trunk- rear driver side view. 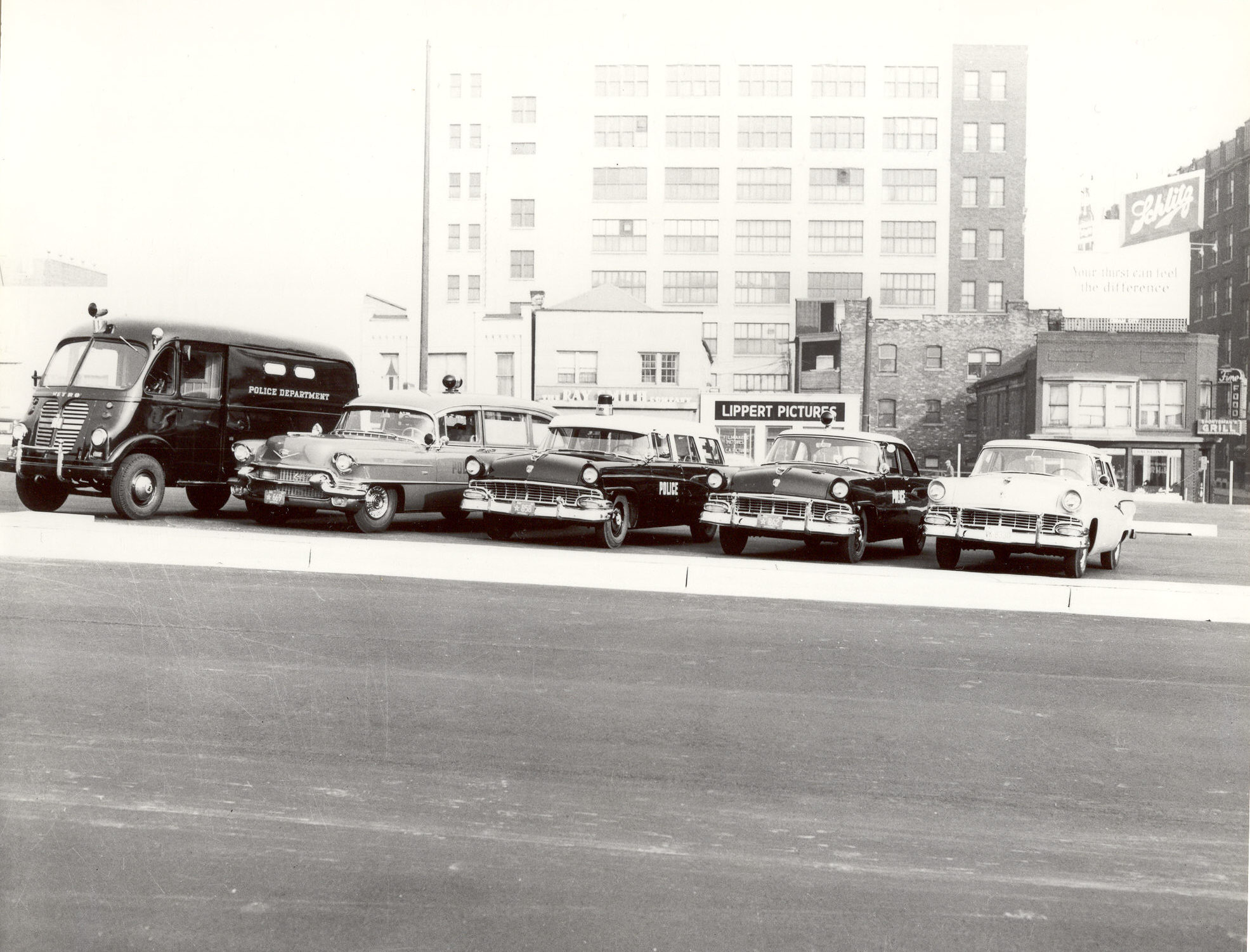 1956 Line up of police vehicles which include IHC Wagon, Cadillac Ambulance, and Ford cars. 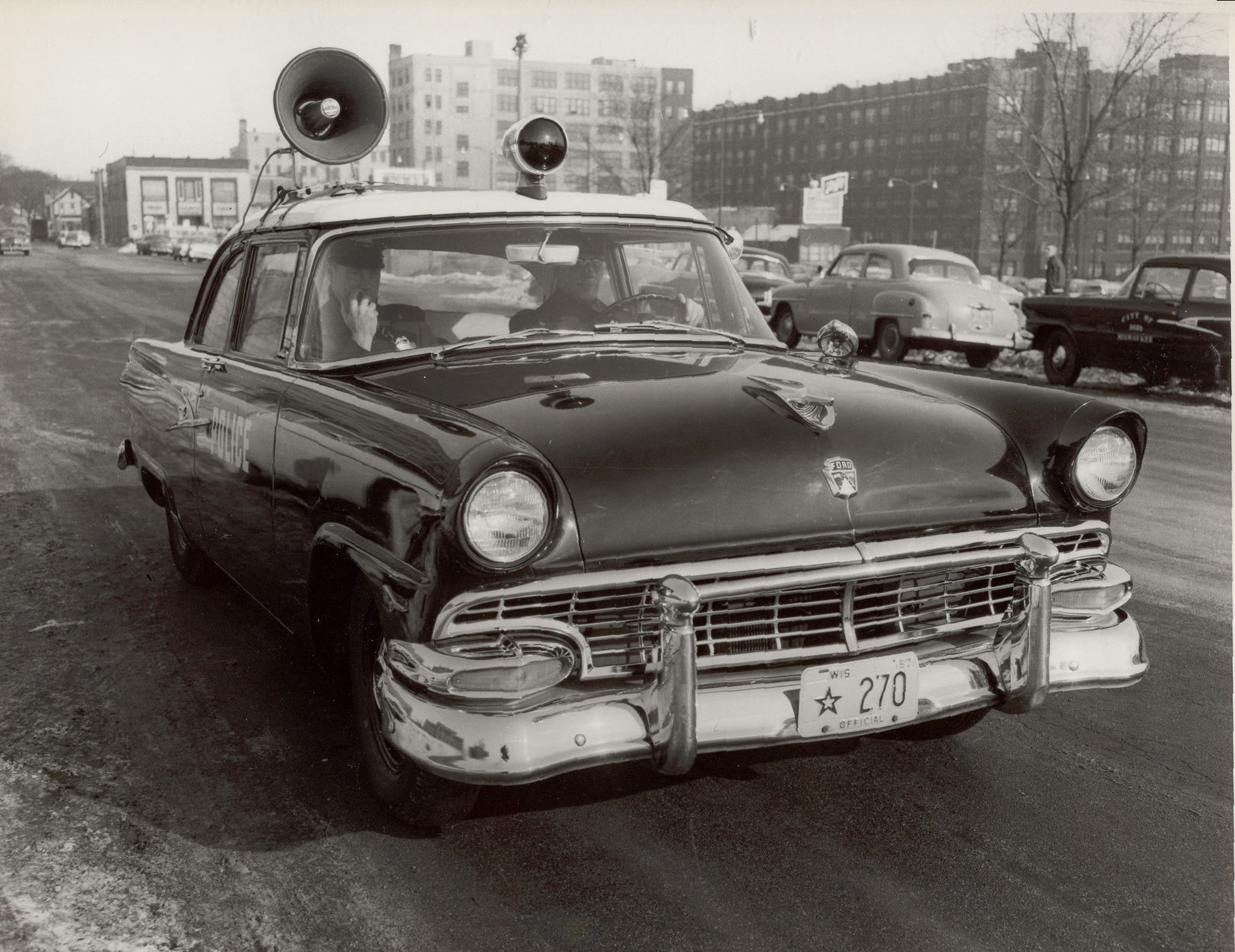 1956 Ford with a public address system mounted on the roof of patrol car.

NOTE: In 1956, eleven (11) twenty five watt mobile public address systems were installed on uniform patrol cars throughout the city.The units were installed by the police departments communications division.  These were used for the primarily purpose of civil defense and for large crowds to provide people with safety measures. 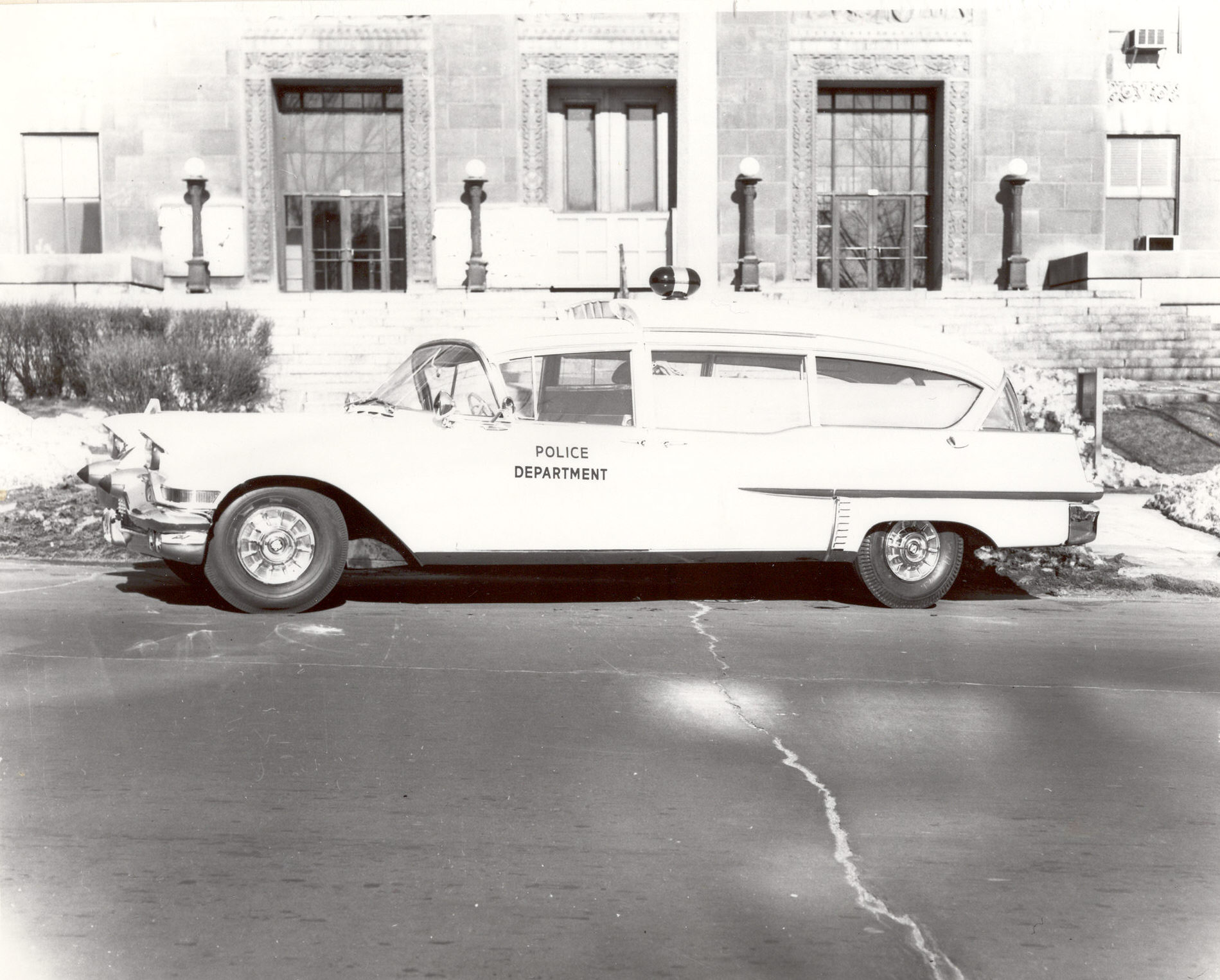 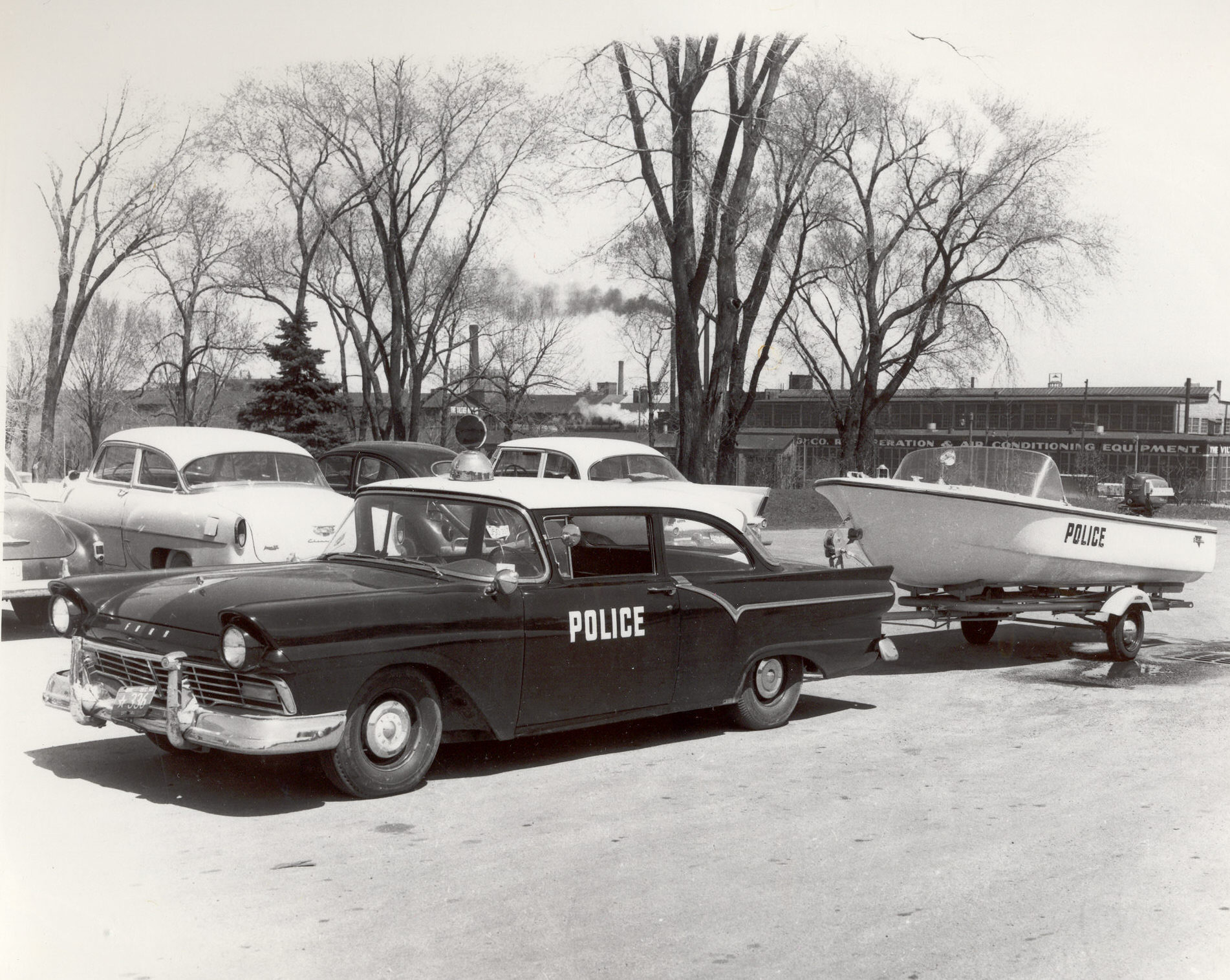 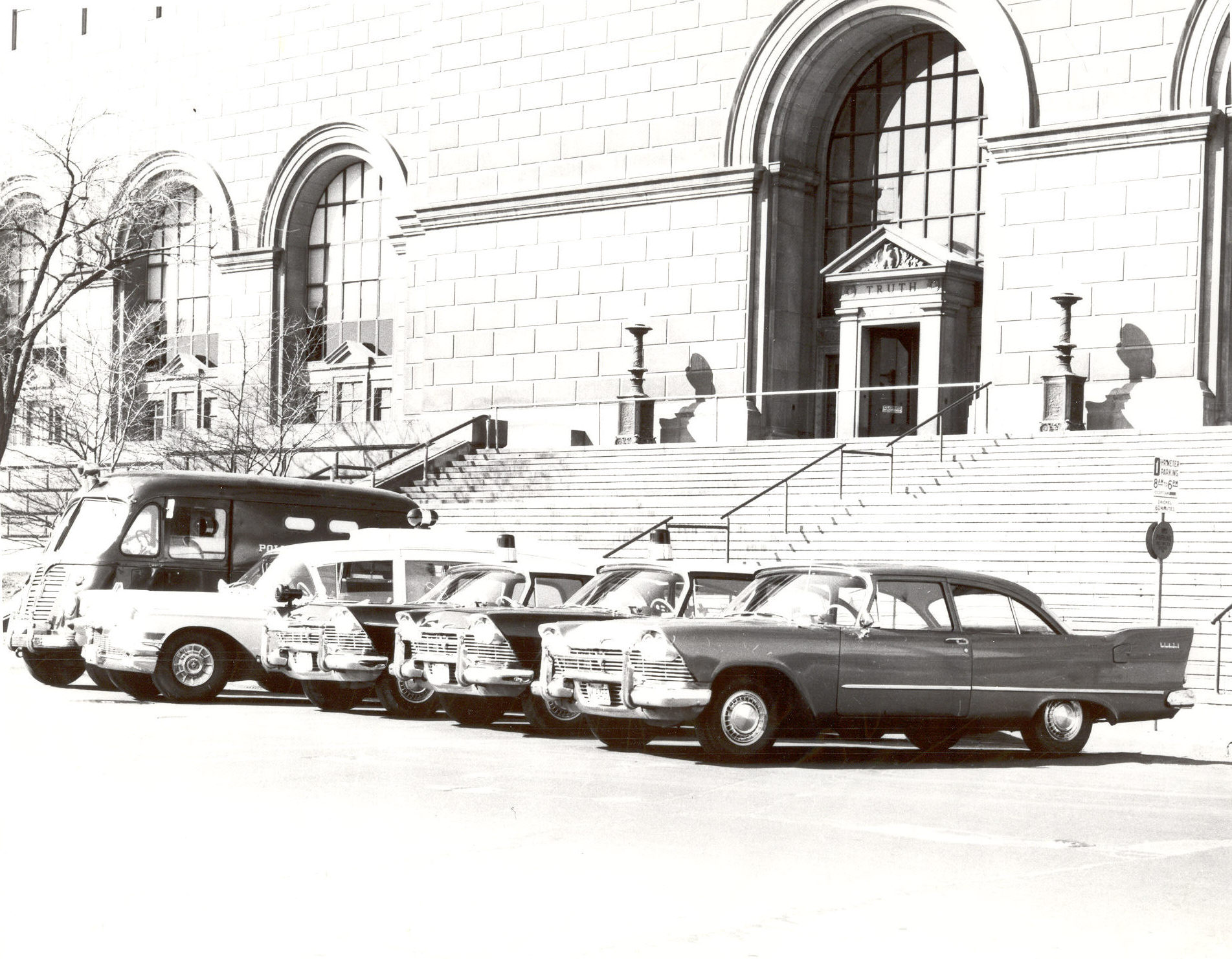 1958 Line up of vehicles used by Police Department. 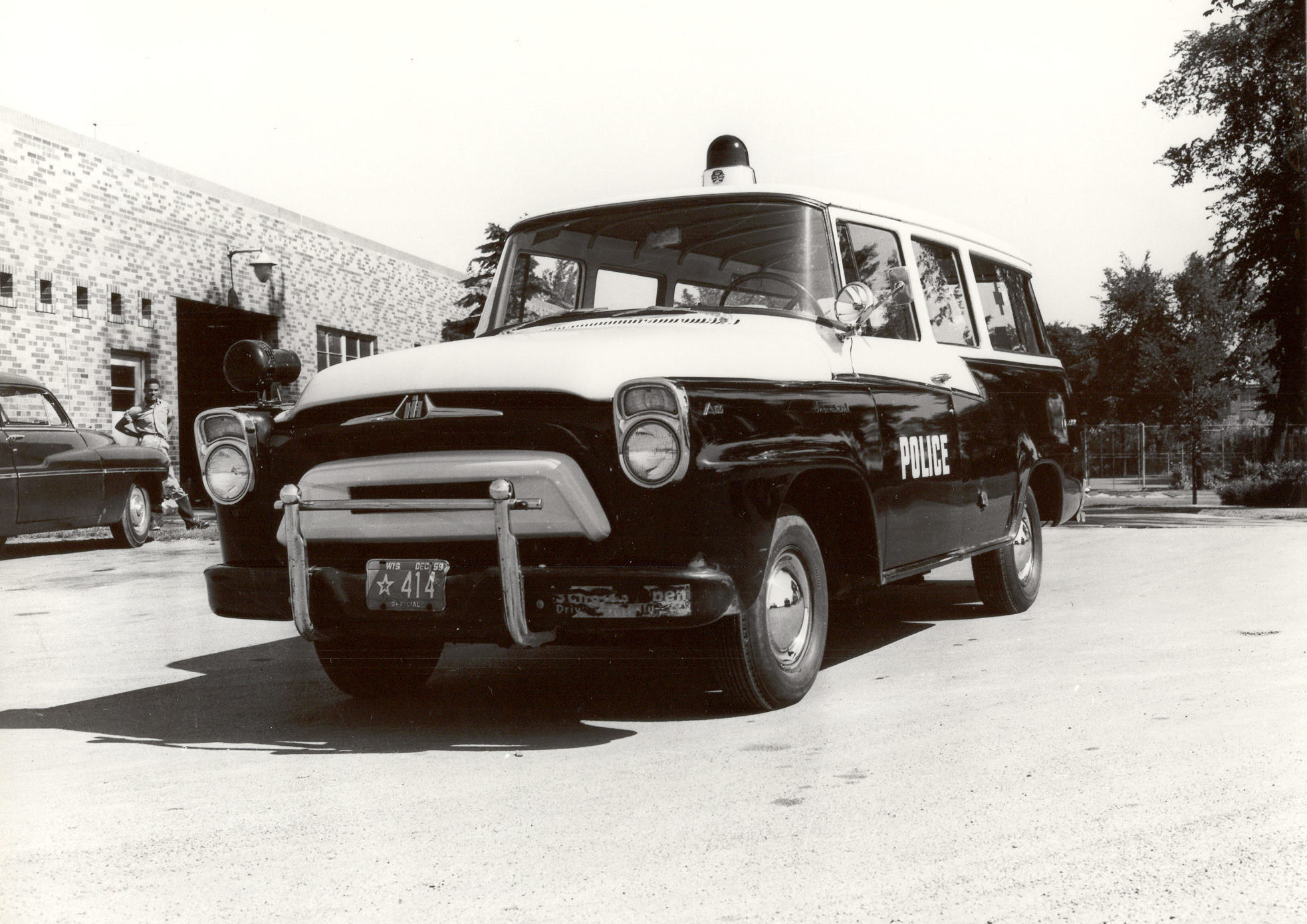 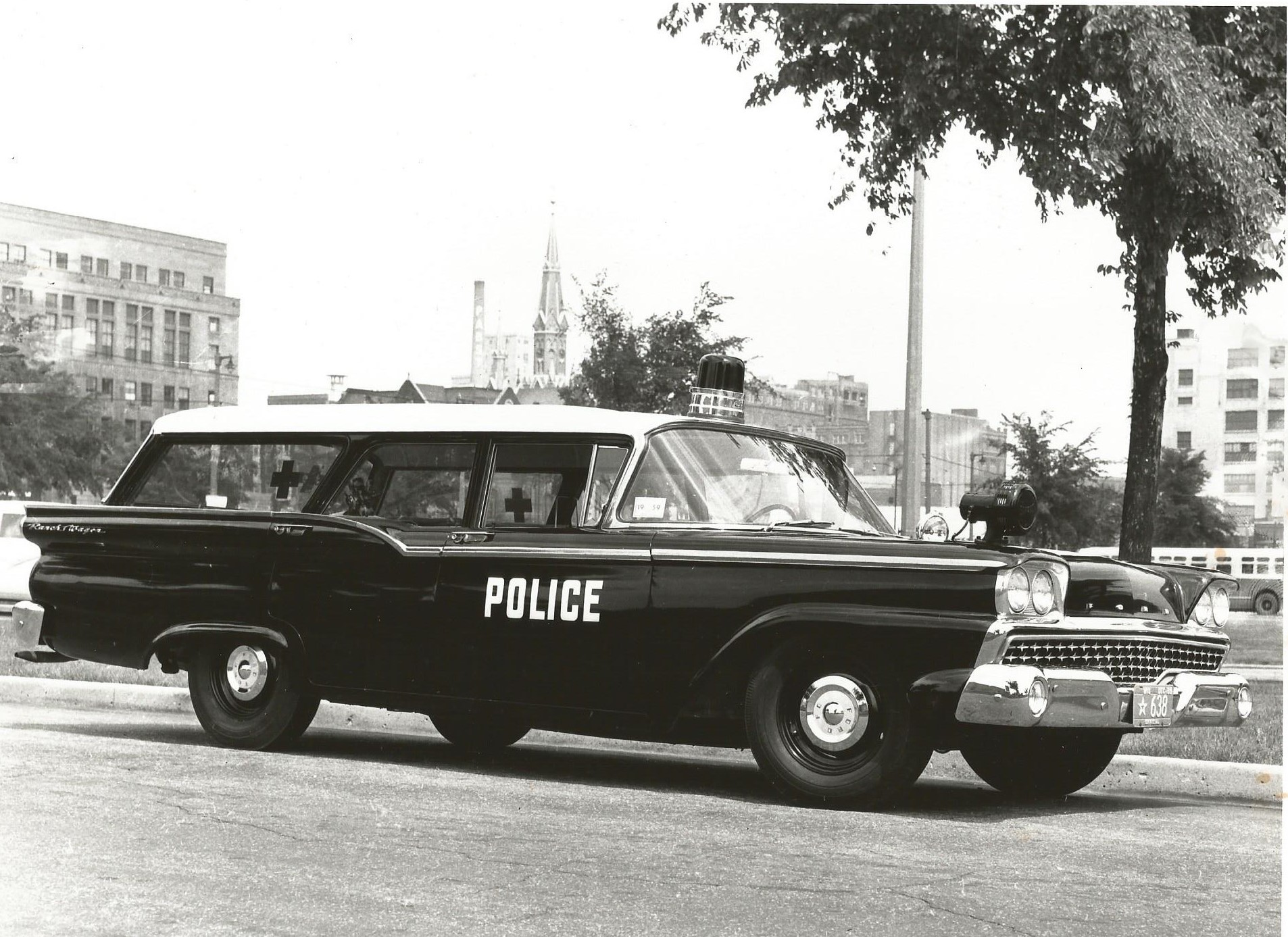 1959 Ford Ranch Wagon used as an ambulance for the department- passenger side view. 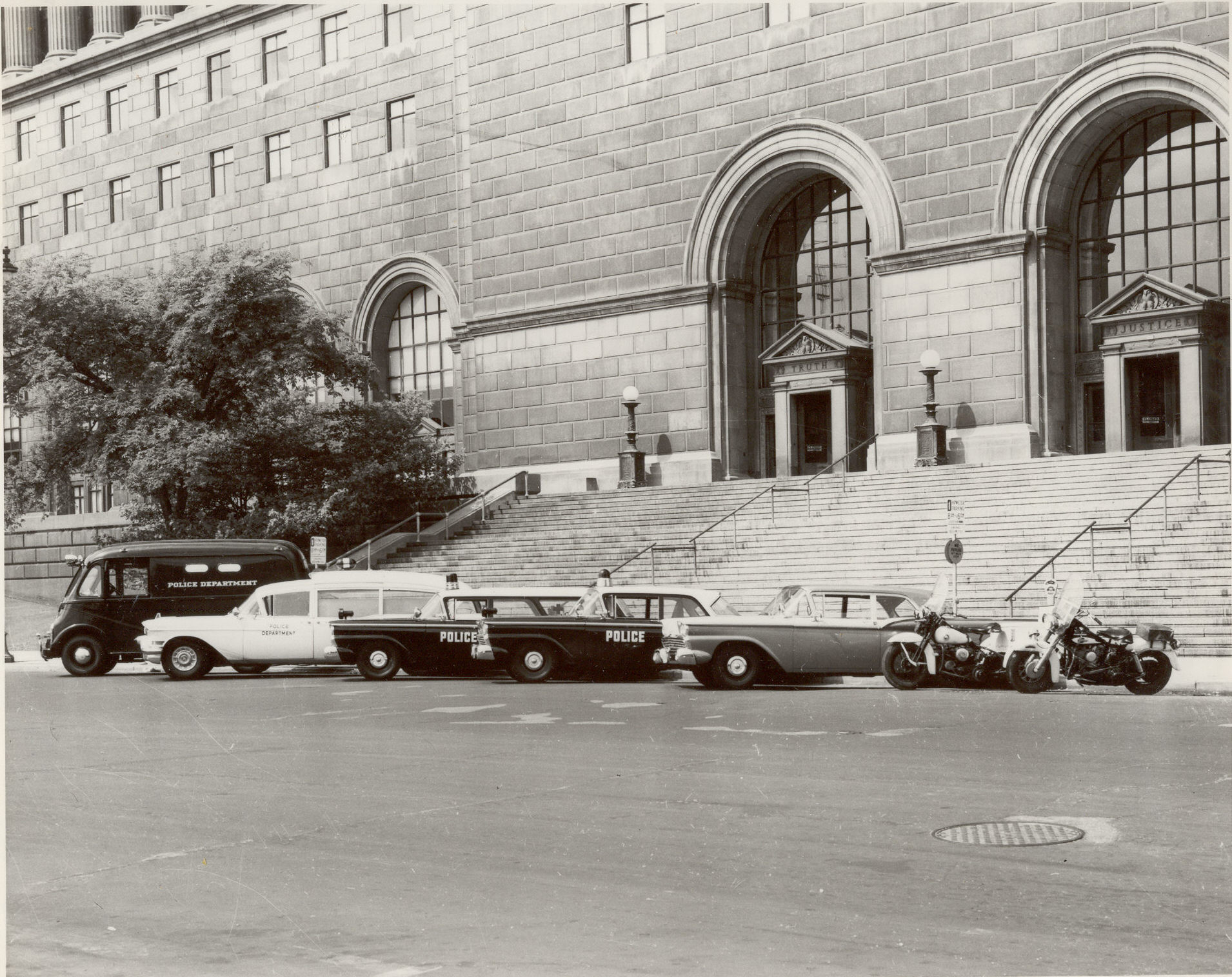 1959 Line up of police vehicles used. 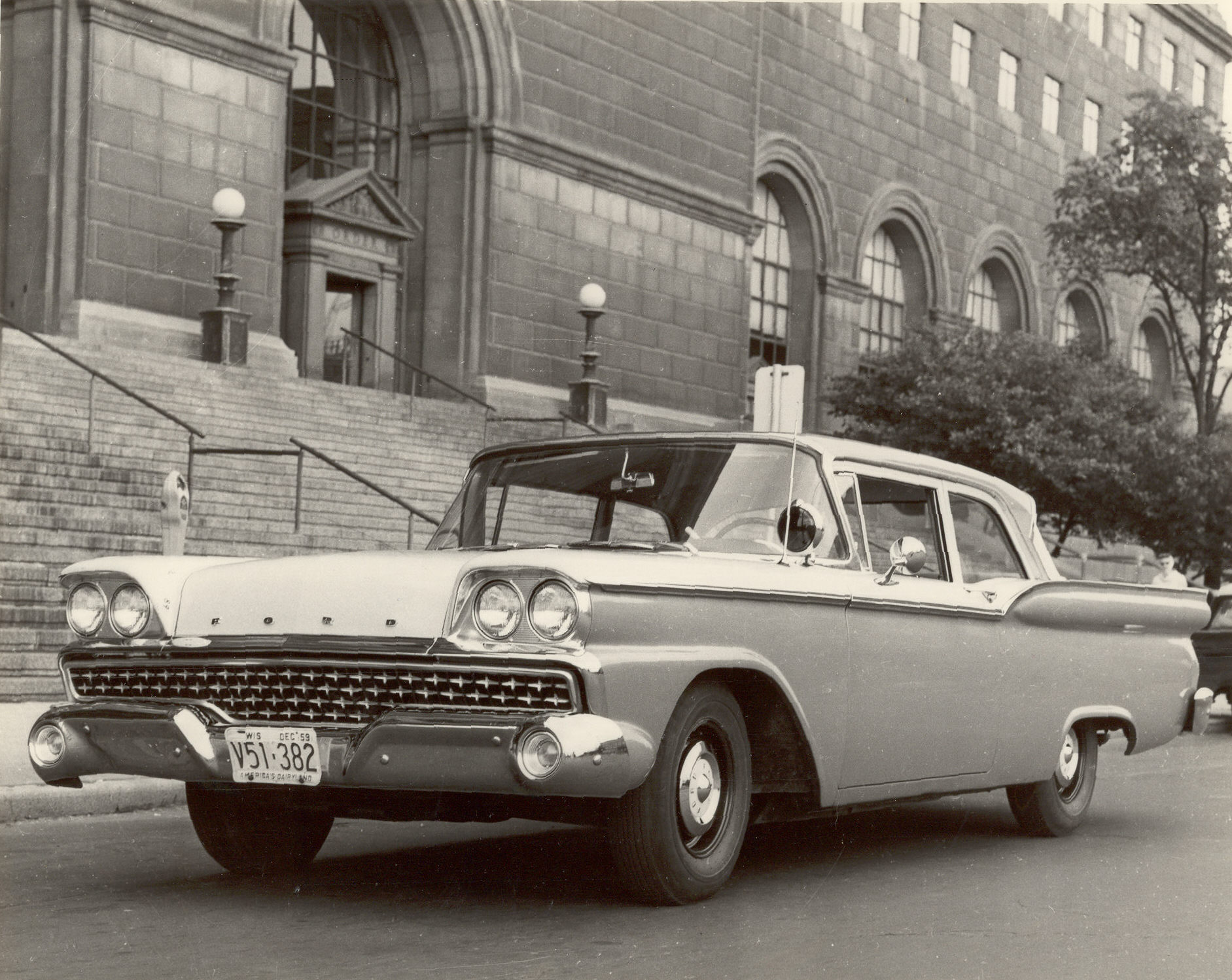