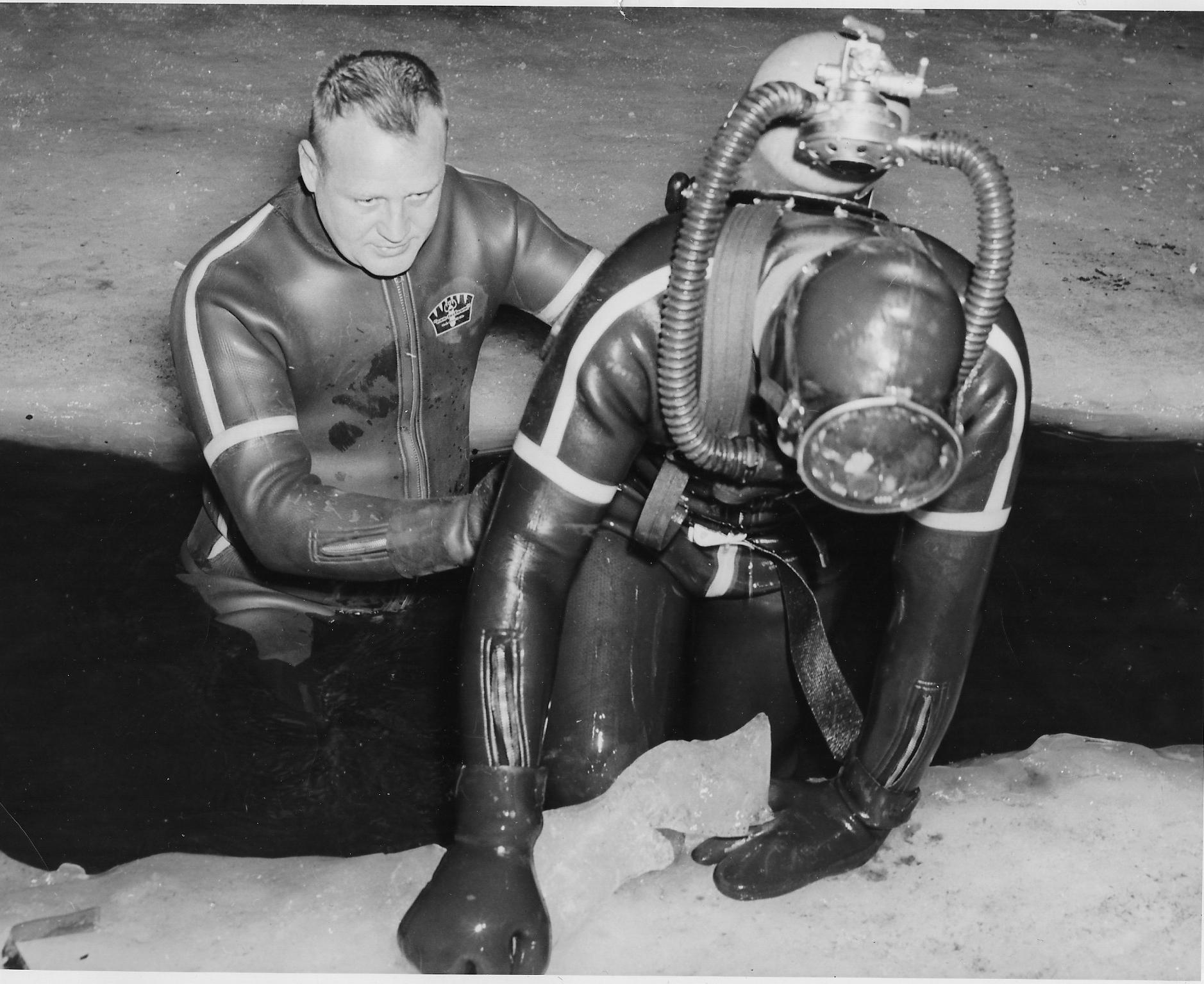 Chief John W. Polcyn issued a memorandum to all District and Bureau Commanders on January 14, 1956 that the department purchased some skin diving equipment and wishes to train and develop a group of volunteers to assist in rescue, body recoveries, and evidence searching underwater as such police emergencies arise.   Officers with previous experience or who are interested in Skin Diving as a hobby shall submit applications on In the Matter of forms to the Chief’s Officer. A training program and operational procedure will be developed by the Special Services Division.

In the spring of 1957, the Milwaukee Police Department formed the Underwater Investigation Unit which comprised of volunteers throughout the Department.  Police Chief John Polocyn authorized the unit and they were under the command of the Police Training and Special Services Bureau.   The unit was the First Official Law Enforcement Scuba Team in the State of Wisconsin and the Third Official Law Enforcement Scuba Team in the United States.

In the 1959 annual report, the unit activity reported they had recovered evidence from burglaries and a check forging ring, recovered a body of a 9 year old girl and assisted at a jet-plane crash in Lake Michigan. 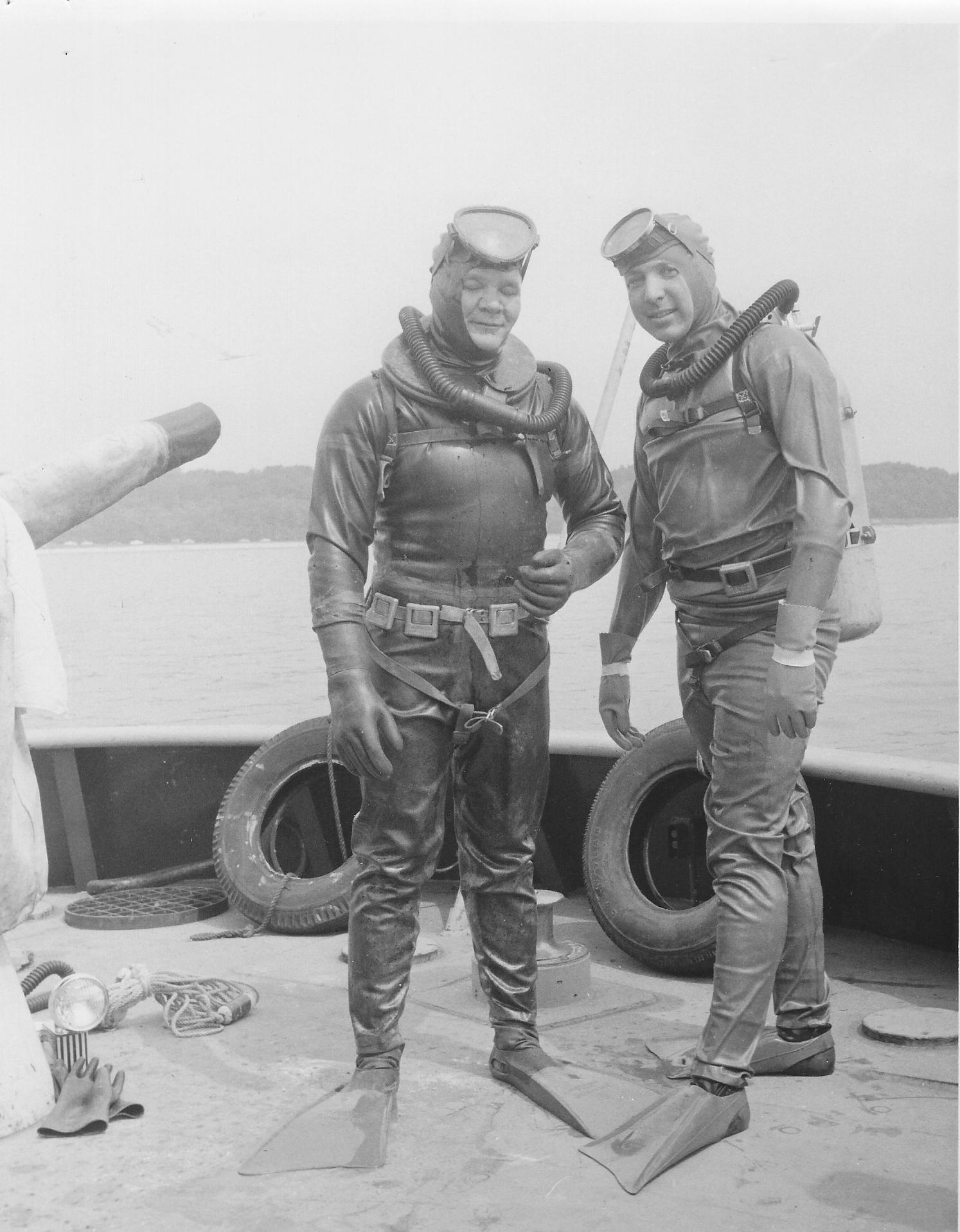 While under the command of the Training and Special Services in 1964, the unit had 10 special assignments in which they recovered many objects connected to criminal and other special requests, culminating in59 hours of underwater searches.  The volunteer officers also participated in 20 training sessions during 1964. 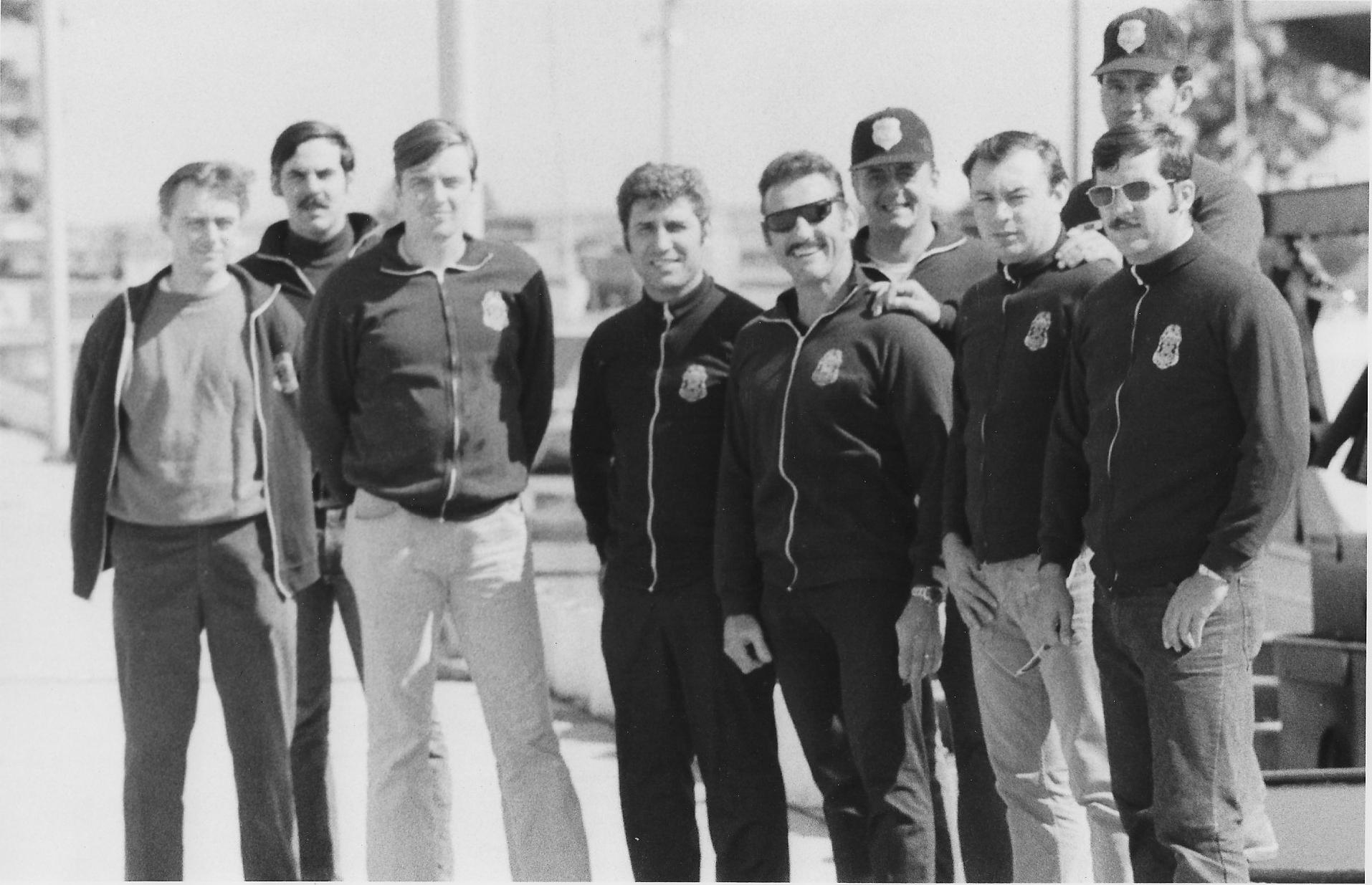 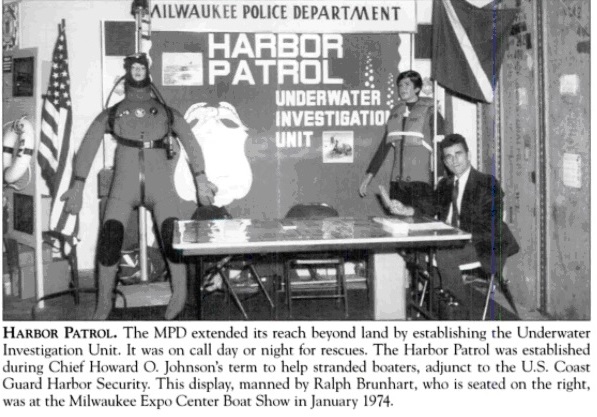 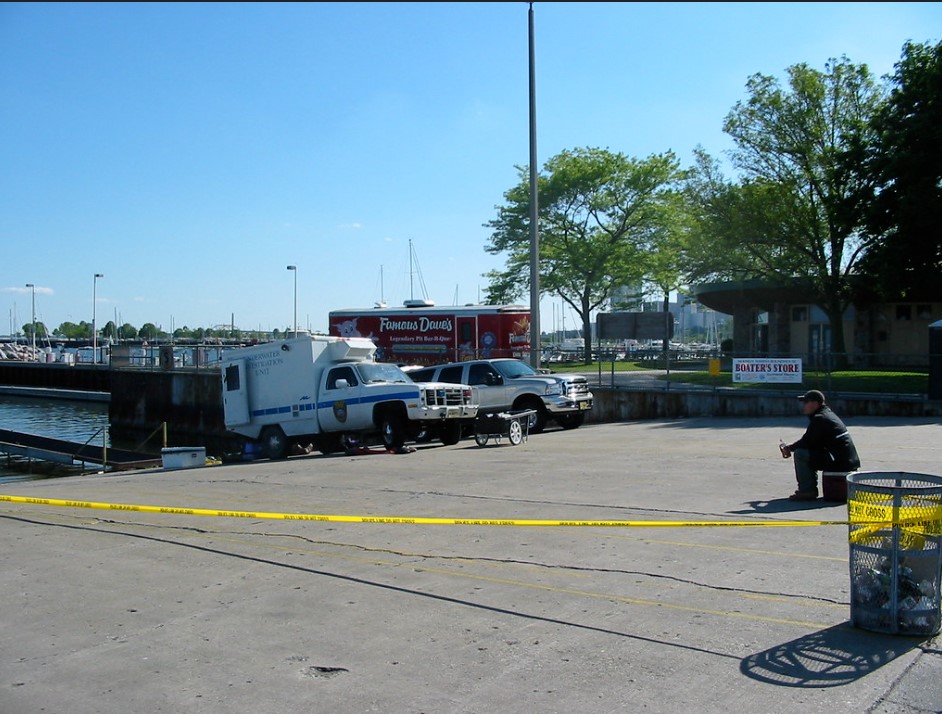 In the 1997 annual report, the unit was listed under the command of the Patrol Bureau/Patrol Support Division/Uniform Services Section.  The unit reported that they were still a volunteers group of officers and operated on a “call up” basis for assignments.  The training was conducted year round, both in the field and at Moody Pool, 22nd/Burleigh Street.  The unit was utilized for numerous searches for weapons, recovery of  human bodies, and other items of evidence. The unit was training with the Milwaukee Police Harbor Patrol Unit and the United States Coast Guard disaster exercises. 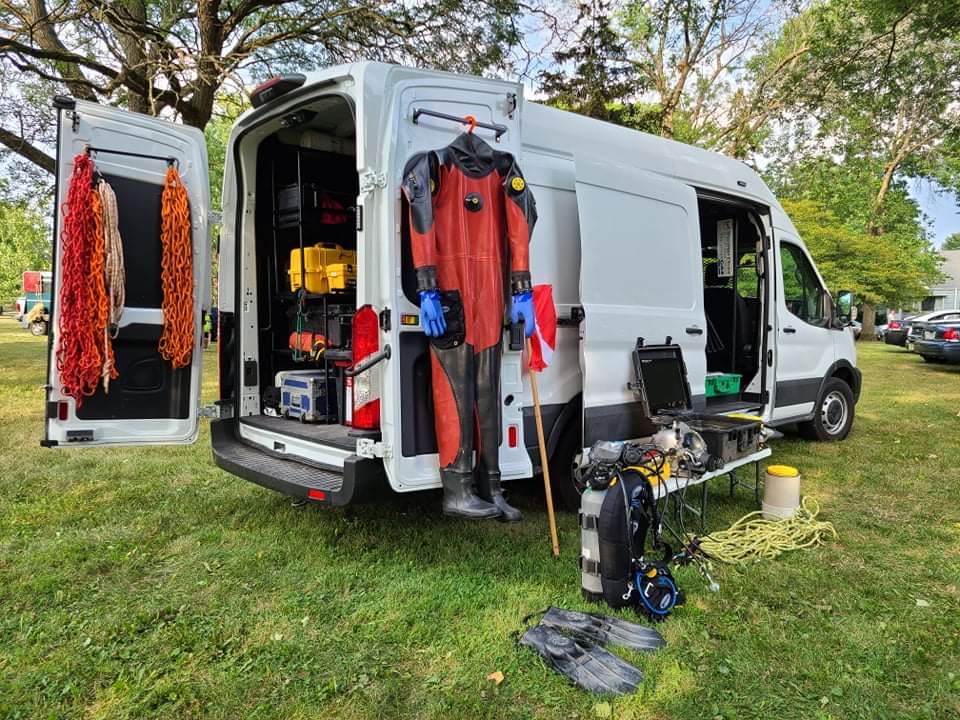 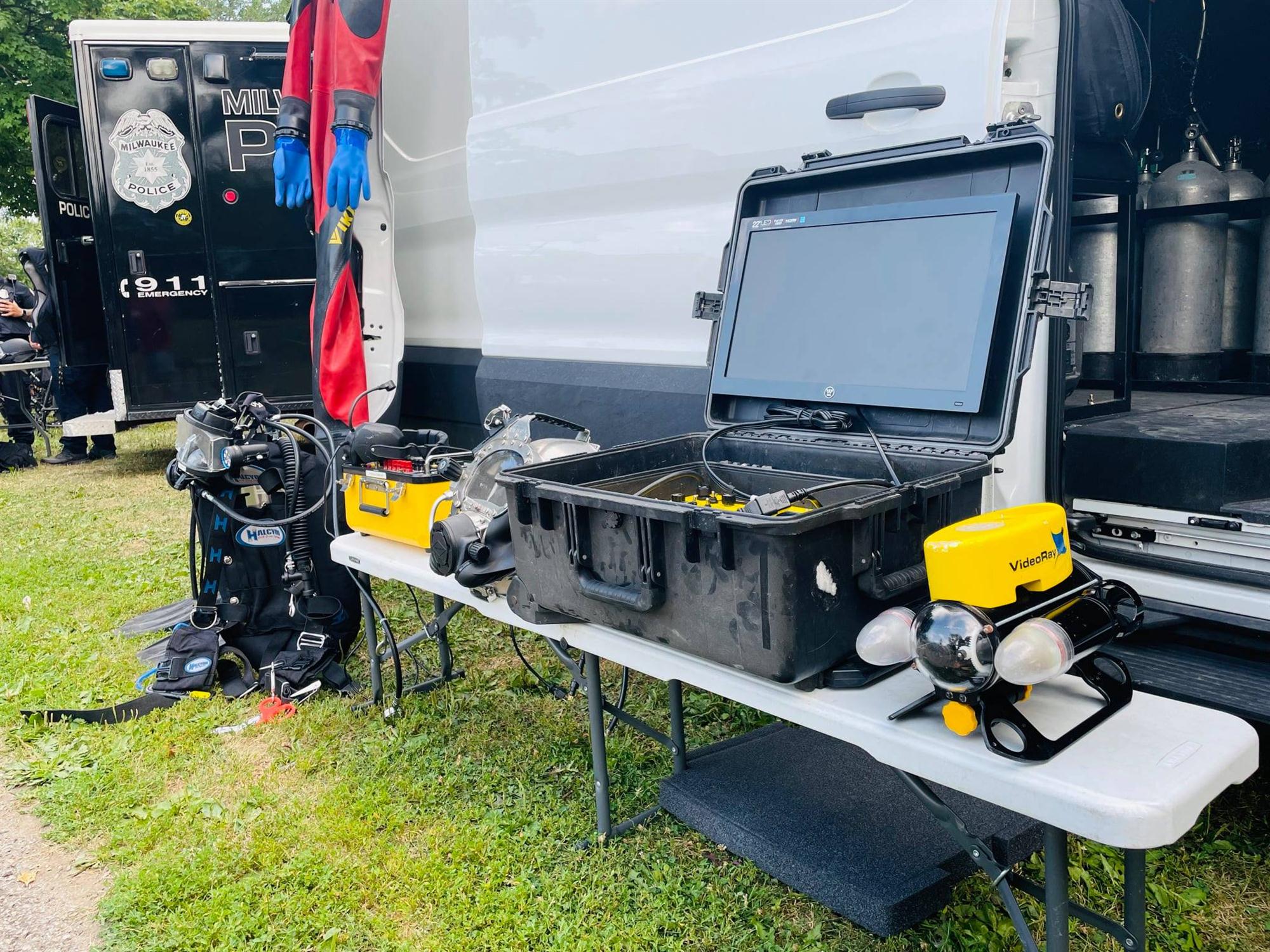 Currently, the Underwater Investigation Unit is still active in its duties to support the the Milwaukee Police Department and other law enforcement agencies.