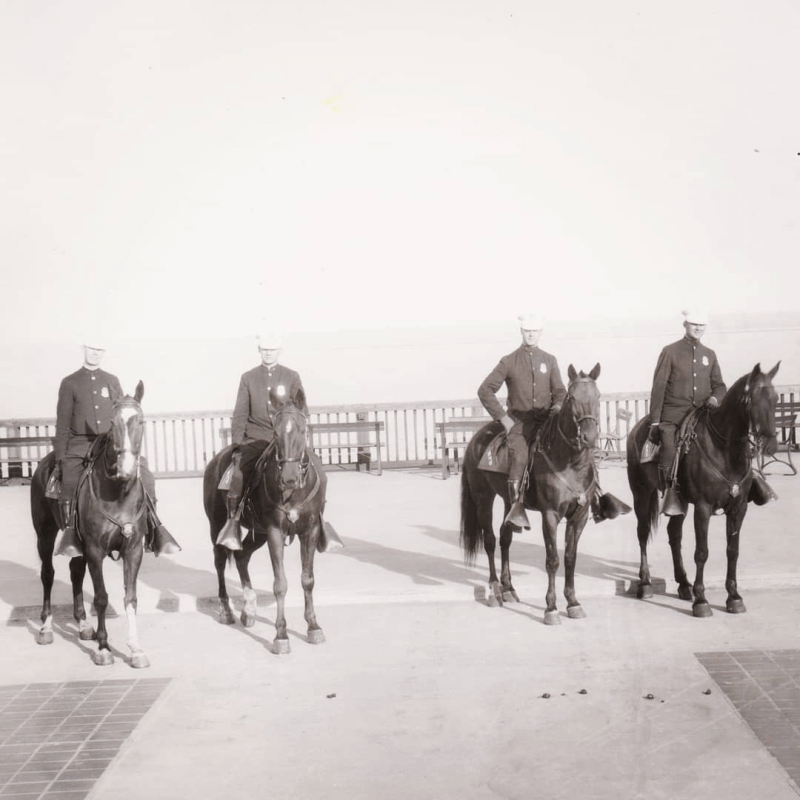 The original Milwaukee Police Department Mounted Horse Patrol was formed in 1922 and the officers patrolled their beat areas on horse back. The unit was disbanded in 1948. 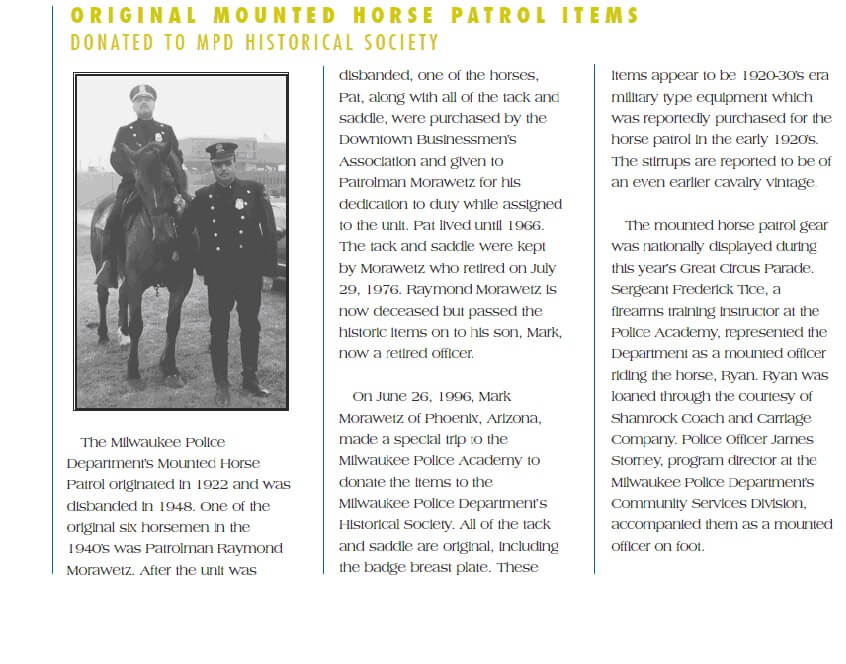 In May 1999, Chief of Police Arthur Jones created the Horse Mounted Patrol Unit.  This is the first Mounted Patrol since 1948 when the department stopped using horses.  The unit was primarily funded by donations received from the Association of Downtown Milwaukee businesses. The initial unit was comprised of four full-time police officers, two reserve police officers, and a full time sergeant.  During April, May, and June 1999, the mounted unit officers and horses were trained for the duties associated with their mission.  The first day of patrol was June 19, 1999 for the Juneteenth Day Parade and Festival.  The mounted unit provides crowd control at special events, and is utilized in saturation patrols, in addition to their regular patrol duties in the downtown area. 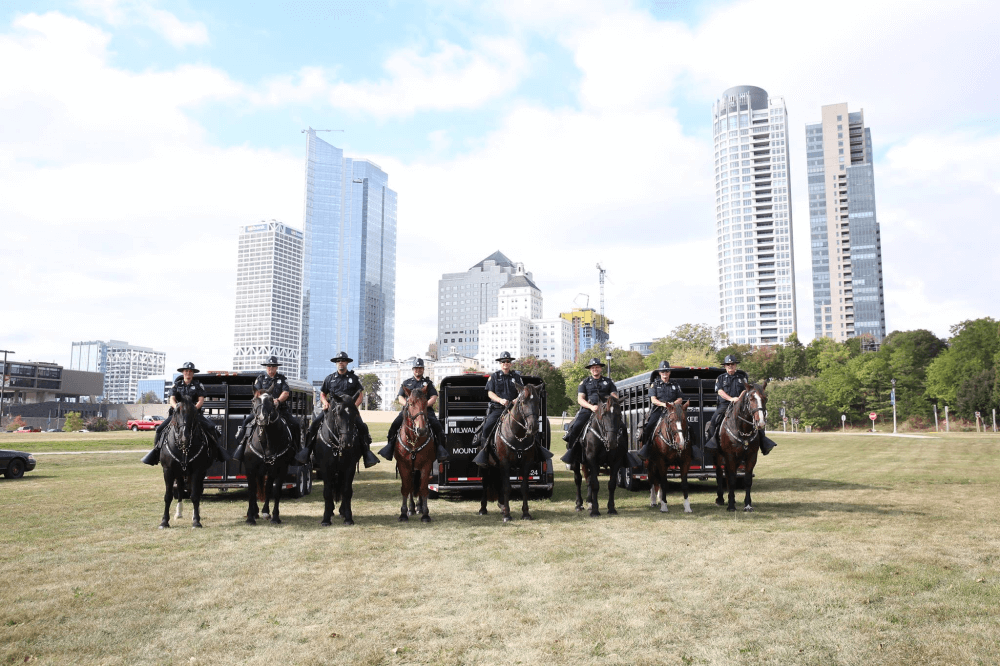 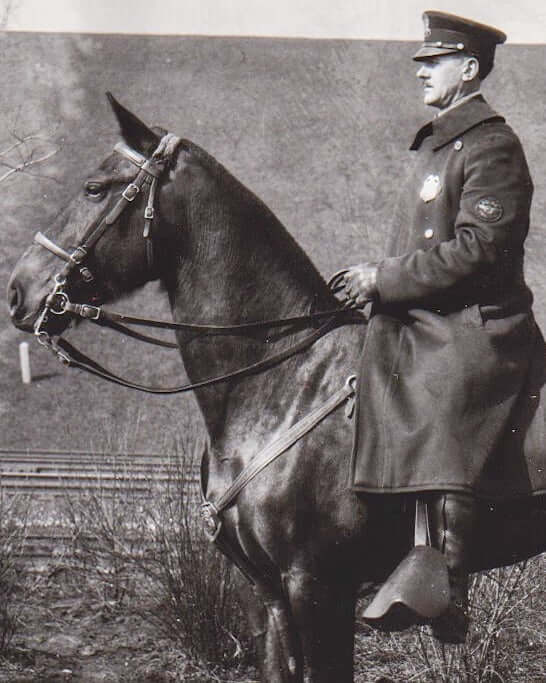