In the summer of 1921, the Milwaukee Police Department was receiving numerous complaints from citizens about the disorderly canoeists, skinny dippers, and other immoral conditions on the Milwaukee River between North Avenue and Capitol Drive, approximately two miles in length. Chief of Police Jacob Laubenheimer authorized the district commander to obtain a motor boat and have two patrolman assigned to the boat. The patrolmen worked daily from 8 AM to Midnight. The department obtained a wooden hull motor boat with a powerful spotlight and were to stop the disorderly conduct in and around the river.

Per news articles, couples were interrupted during romantic interludes by the water patrol officers and they called the police boat “the killjoy.” It was reported that the boat had mechanical issues during the summer of 1921 and needed a complete overhaul. The boat returned to the river in July 1922. The patrolmen's duties included watching for swimmers in distress. The river patrol boat operated out of a boat house located on the south side of Locust Street Bridge next to the Gordon Park bathhouse.

The original Killjoy boat was destroyed in an accidental fire in 1926. A new boat was obtained in the spring of 1927. The police river patrol continued until 1939, when the operation was discontinued. In 1944, the river patrol boat was put back into service due to drowning swimmers in the upper portion of the Milwaukee River.

By 1948, news accounts reported that juveniles were throwing rocks from the riverbank at the police boat, as well as several 55 gallon drums filled with rocks in an attempt to stop the patrol boat. The patrol boat broke several propellers from the water obstructions, but never sank. In 1956, the department obtained an 18 foot Chris Craft motorboat with a wood hull.

The police department also had a 14 foot Alumacraft row boat equipped with drag lines, which was used in recovery operations in water anywhere in the City Limits. The Alumacraft was towed to the search sites by a police vehicle.

In 1961, the City of Milwaukee created an ordinance (Chapter 118) relating to Boat Regulations and establishing the Milwaukee Harbor. There were reported safety concerns over the increased commercial traffic in the Milwaukee Harbor (a major world trading post) and the increased use of all waters along the Lake Michigan by owners and operators of privately owned crafts for sailing, fishing and powerboat cruising. As a result of this activity, there was an increase in boating related problems like mishandling of boats, theft or damage to boats mounted.

After consultation with officials of the Milwaukee Harbor Commission, the U.S. Coast Guard, and community groups, it was determined that a “police harbor patrol” be established under the jurisdiction of the Milwaukee Police Department. The mission of the Milwaukee Police Harbor Patrol was defined in Police Department Order Number 5035. The harbor patrol's duties were to protect life and property, prevent of crimes and violations of ordinances upon the waters under the jurisdiction of the city, educate the public relative to State Statutes and Ordinances regulating the use of such waters, and enforce all regulations. Police personnel assigned to the Harbor Patrol were required to work in cooperation with the Harbor Master and the U.S. Coast Guard.

The Police Department purchased an 18 foot Carver Lapstrake wood hull cruiser powered by a 75 horsepower Evinrude outboard engine as a basic patrol boat for the officers. The Harbor Patrol was outfitted under the direction and supervision of the Training and Special Services Division and the Communications Bureau. The boat was equipped with a radio, radio telephone, public address system, and all other equipment necessary to comply with the inspection standards of the U.S. Coast Guard. The total cost for the watercraft was $4,989.35.

The Harbor Patrol Unit consisted of six (6) patrolmen under the supervision of a police sergeant.   Prior to hitting the water, patrolmen participated in a comprehensive training program. The training included course work at the Evinrude Outboard Motor Company in preventive maintenance and minor repairs. They also studied at the U.S. Coast Guard Lifeboat Station in Milwaukee, with instruction in radio and radio-telephone communication, boat handling, harbor familiarization, chart reading, nighttime operations, Coat Guard rescue techniques, federal, state, and municipal boating regulations and first aid. The patrolmen also received training at the office of the Customs Collector and from the Harbor Master. All training was coordinated by a sergeant assigned to the Training and Special Services Division.

On July 29, 1961, the Milwaukee Police Harbor Patrol Unit started their regular patrol of the waterways of the City of Milwaukee. The patrolmen covered the hours of 10:00 AM to 2:00 AM every day until November 1, 1961. For Department administrative purposes, the water patrol equipment and personnel were under the command of the Second Police District Commander, but the area of actual patrol included the 7 ½ miles of lake shore from the north to the south city limits and all connecting waterways within the corporate limits of the City of Milwaukee.

To supplement the Harbor Patrol, a second powerboat previously used for limited patrol of the river was assigned to patrol duty on the upper Milwaukee River above the North Avenue dam. The second watercraft was a 16 foot Shell Lake fiberglass hull powered by an Evinrude Fast Twin outboard motor.  The second watercraft had four (4) patrolmen who patrolled from 8:00 AM to midnight daily during the boating season. The equipment and the patrolmen were under the direction of the Fifth District Police Commander.

The patrolmen worked on complaints of theft and vandalism from owners of vessels moored at both South Shore and McKinley Beach marinas. The unit curtailed the speeding and reckless operation of boats in mooring areas. They also rescued small crafts from rough water beyond the breakwater and contributed to saving unknown number of lives. The patrol regularly rescued children who went sailing on the lake or rivers on makeshift rafts.

Per the Milwaukee Police Annual Report of 1961, "the Milwaukee Police Department Harbor and Water Patrol patrolmen in excellent cooperation of the Harbor Master, the Fire Department, the U.S. Coast Guard, and the citizens of the community, it may be concluded that they are making the City of Milwaukee waters safe and pleasant for commercial and recreational activities"

Current Operation of the Harbor Patrol

In 2019, the Harbor Patrol Unit continues to patrol all the waterways, including Lake Michigan, with two patrol boats. The patrol boats continue to provide the same services as when the unit started formally in 1961. 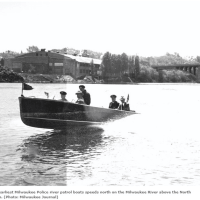 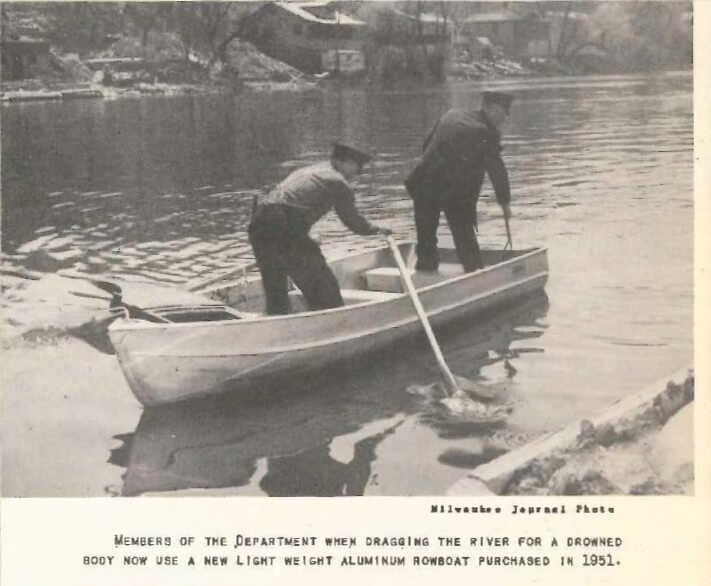 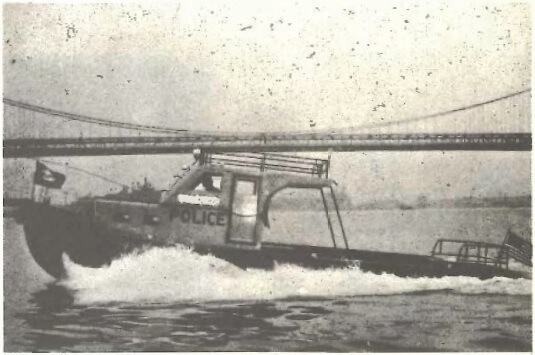 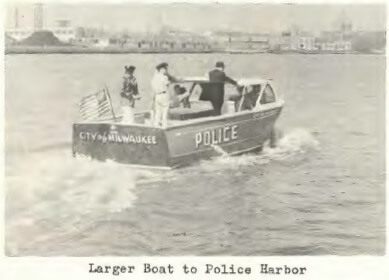 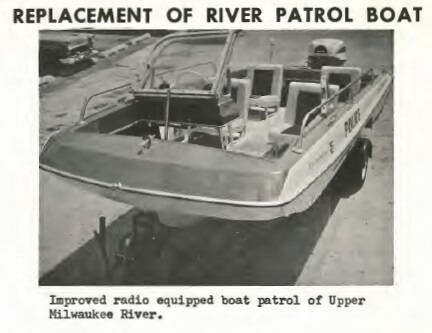 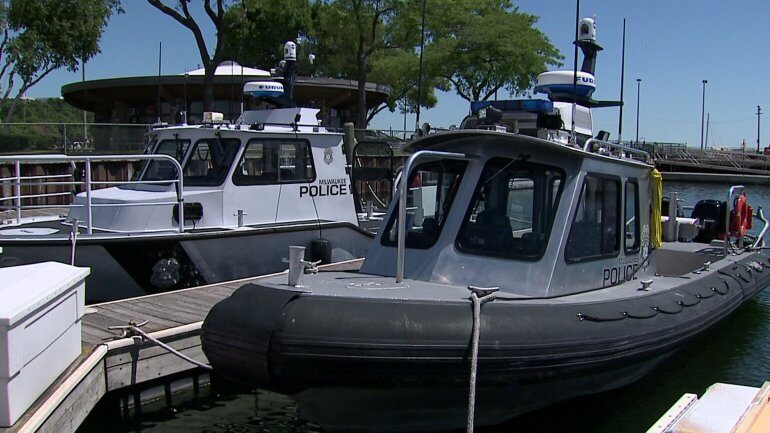 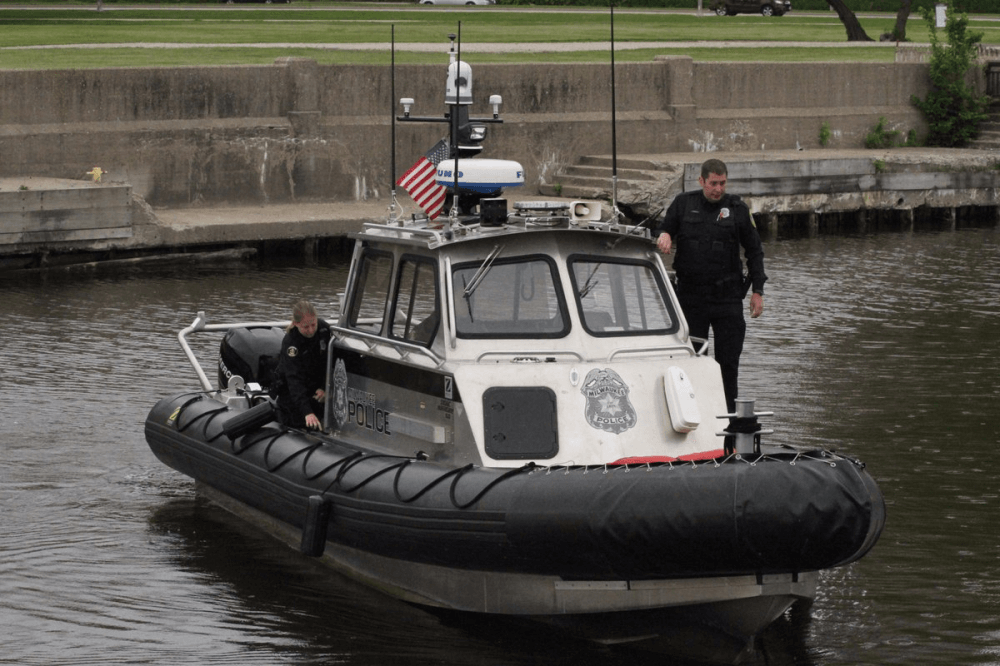 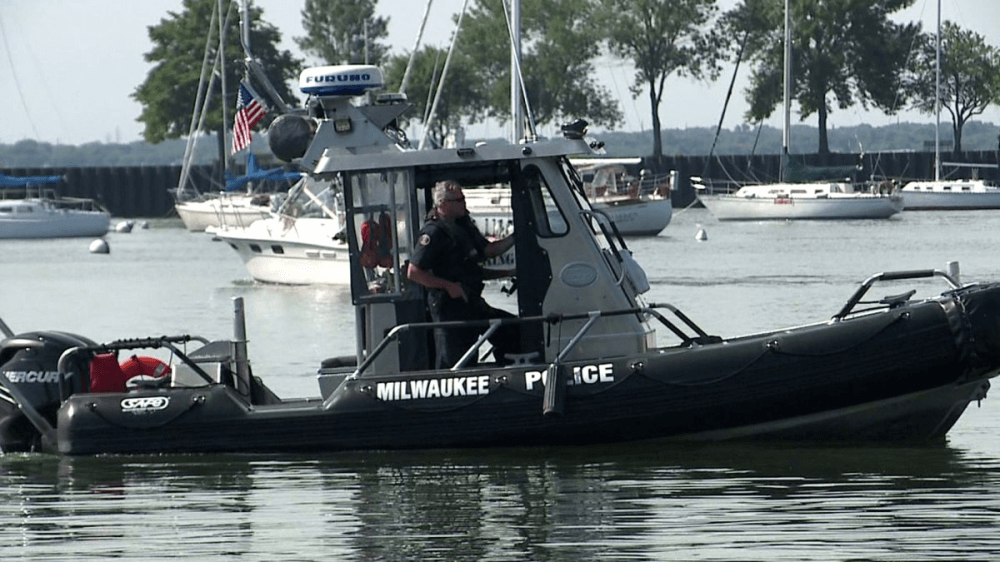 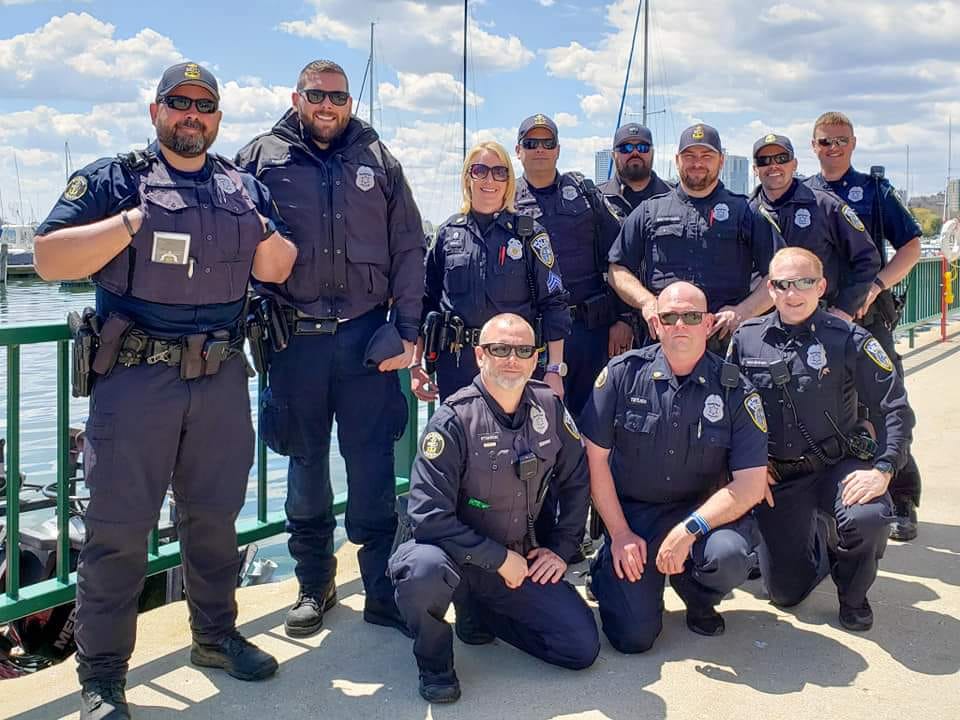