A Historical View of the Milwaukee Police Department Communications Systems thru the years.

In 1884, the Milwaukee Police Department Central Station had a telephone switchboard system to receive calls from the public and patrolmen.  They also monitored box alarms coming from the sentry boxes which patrolmen used. 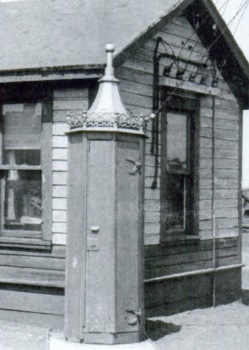 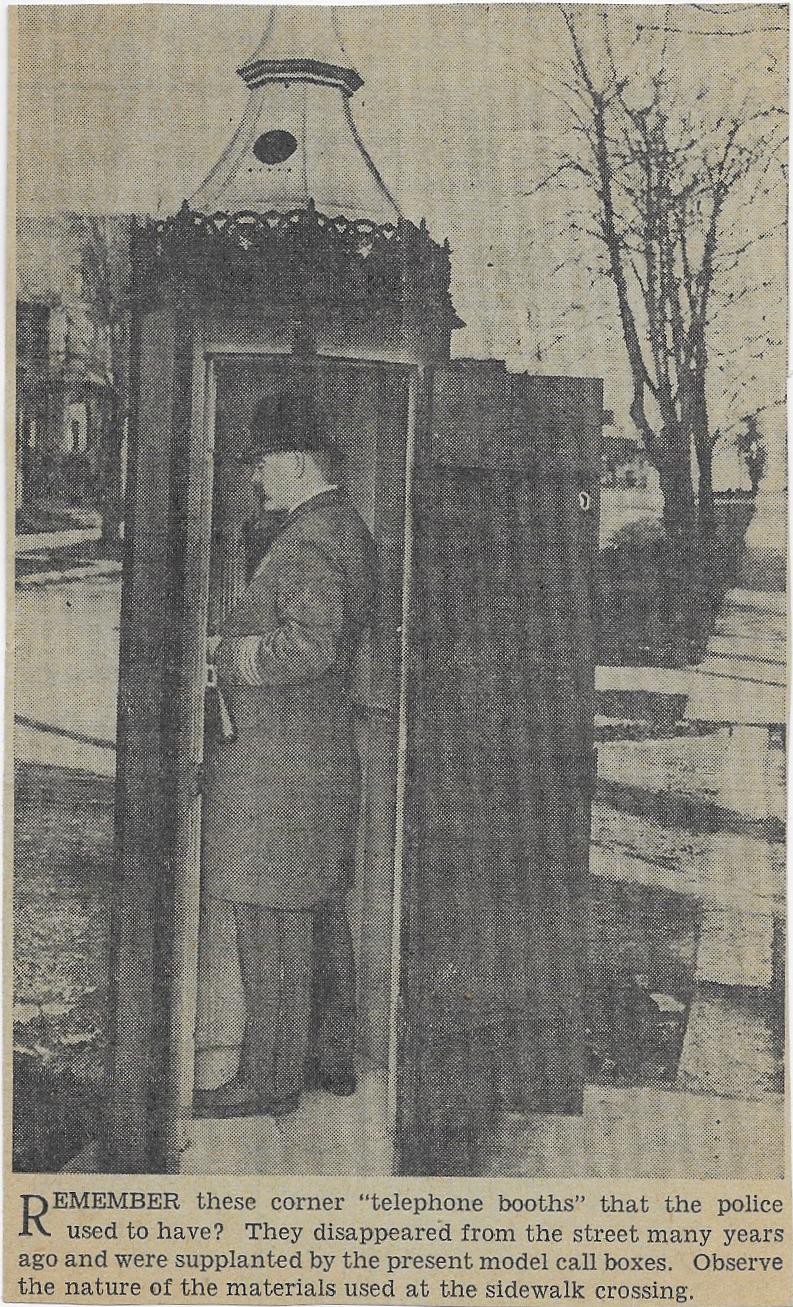 On December 24, 1930 at 9:30 AM, there was placed in actual service a police radio dispatch system.  The radio alarm originates in the switchboard operator’s room at headquarters and thence is carried by remote control to the radio broadcasting site, located at one of the precinct stations.  From that point, it is broadcast to seventeen squad cars which travel in specified districts covering the entire city continuously throughout the day and night.  For the first seven days, 286 radio dispatches and alarms were broadcast.  It was recorded that on December 25, 1930 a shooting call came in and the squad responded to the location.  Within two minutes of being dispatched, the assailant was apprehended and he was later charged with Murder.  Another radio dispatched on December 27, 1930 had a squad respond to a attempt suicide call and arrived on the scene within two minutes.  The officers were able to locate a woman partly out of a third story window. The woman was taken to the Emergency Hospital for mental observation.

On June 28, 1943, the new "Radio Talk Back System" was placed into operation. All Police Department squad cars, combination patrol wagons and ambulances were equipped with two-way "Radio Talk Back System". When the call was sent out, the squad car crew addressed must acknowledge such call. If the second call is not acknowledged, the dispatcher assigns the call to another squad. If for some reason, an accident for example, a squad cannot complete a run, they notify the dispatcher by radio and request that another squad be assigned to the call and any delay is held to a minimum. Also, when a squad arrives at the location designated and discerns that an ambulance or additional squads are needed, they can notify the radio dispatcher by radio immediately and additional equipment can be sent out without any loss of time. In apprehending criminals who are fleeing in a car, the dispatcher can be kept informed by the pursuing squad car as to the route being taken and additional equipment can be sent to the strategic points to prevent the escape of the criminal wanted. 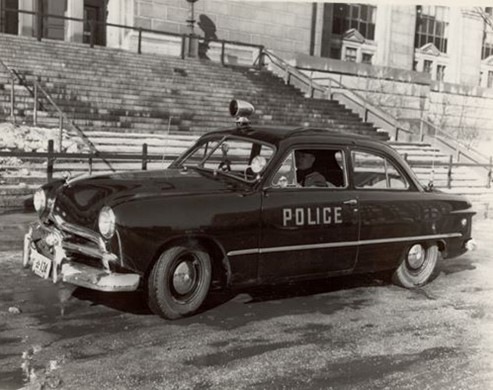 The Police Radio Station was named "WPDK" which was a shortwave radio station. Pictured below was the equipment located at the Third Precinct /West Side Station in 1932 and later moved to the District Three Station at 47/Vliet Streets. 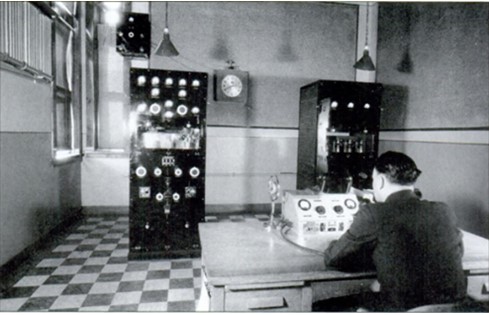 MPD Communications Bureau worked closely with the Milwaukee Civil Defense and Disaster Committee. Police radio equipment was installed at the Control Center for communication with the Police Radio Station and Police and Sheriffs' offices in surrounding counties.

On February 7, 1950, patrolman were assigned to open 1,195 police call box doors for emergency phones for the public as the Milwaukee Bell telephone operators were going to strike causing a public safety issue. The call boxes were left accessible to the public and were being used by employees of some City Departments to report into their offices.

Reclassification of 29 of the 43 Patrolman assigned to Telephone Operator and Radio Dispatcher duties to the rank of Police Alarm Operator became effective January 1, 1950.

Additional switchboard position was added to the headquarters telephone switchboard on August 1st, 1950 making this a 5 position switchboard. 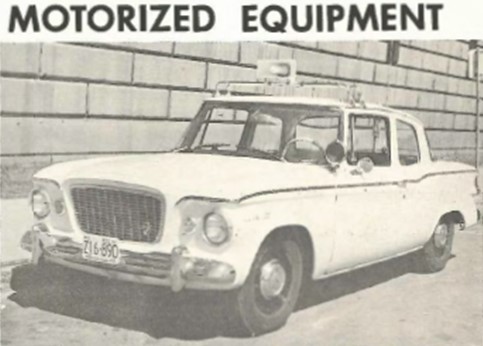 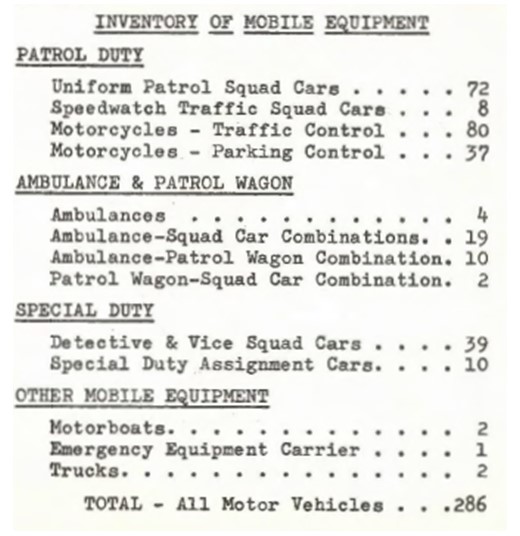 In 1968, the new radio repair garage at 47/Vliets Street next to District Three was put into full operation. This new facility represents a dramatic step forward in the two-way and electronic field. New equipment and antennae were installed at the Kilbourn Reservoir, using the latest solid-state, fully transistorized equipment. The satellite location was utilized for reception of squads and handie-talkies operating in the North-East sector of the city.

A federal program was put into effect which granted our department additional radio equipment to be used in a separate 450 Mc band, different from our normal dispatching channel. In 1968 the City of Milwaukee endeavors to continue to improve all phases of its responsibilities to provide all police personnel with the most modern equipment available. 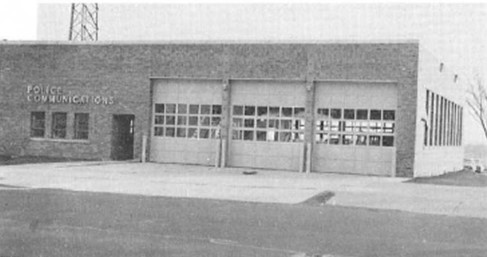 The Milwaukee Police Department Communications Bureau prepared and submitted an application for funding under the Omnibus Crime Control and Safe Street Act for acquisition of a city-wide personal portable radio system for use by the Milwaukee Police field forces. The project was approved and phase on of the project begin which took about three years to fully implement. When the system was completed, it provided a small lightweight, personal portable radio unit for all police field personnel. The system was designed to significantly increase the effectiveness and efficiency of information to and from officers.

Final preparations were completed for the acquisition and installation of new electronic equipment for the new Police Administration Building (749 W State Street). Radio dispatch consoles and associated equipment went into the building in late 1970 at an expenditure in excess of one quarter million dollars.

In 1970 a new satellite reception system was installed which included a total of forty (40) new VHF an UHF receivers at ten locations, throughout the City of Milwaukee. The new radio receiving towers were installed at the Fourth District Station, the Seventh District Station, the Police Administration Building, the Town of Lake Water Tank, the South Side Health Center and the City Hall dome. The additional receivers have vastly improved the quality of radio reception from mobile and handie-talkie radio units. An amount in excess of $100,000 was expended on the project.

In 1972, the Communications Bureau received Federal funding to ultimately provide all on-duty field officers with portable radio equipment. The program would be completed in 1973. 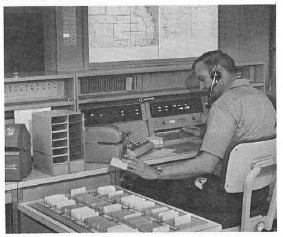 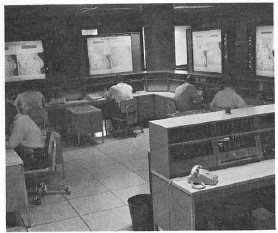 Overall view of the Dispatch area

A new successfully adopted notification system, Citywatch Emergency Notification System, was put in effect. The system was an efficient and effective means of making notifications during critical incidents.

In 2010, Milwaukee became the first major city in the country to completely implement an encrypted, interoperable, digital radio system. More than 4 million transmissions were made on the OpenSky system between February and December 2010.

In another first, every officer in an operational assignment has been issued their own personal radio which they are able to have with them 24/7.

The digital system replaced an outdated analog radio system which was quickly becoming obsolete and for which parts could not be ordered. The change to narrowband was mandated by the federal government and it was to be completed by 2012. Greater capacity including individual talk groups made up the state of the art system. 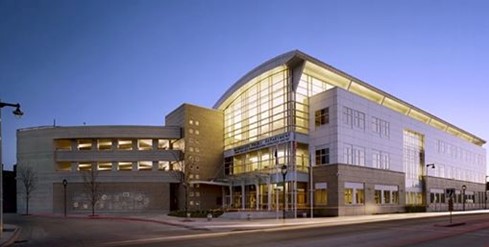 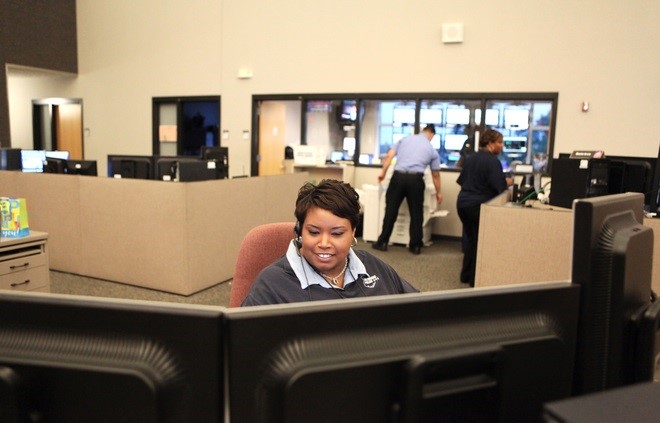 Telecommunicator at a work station 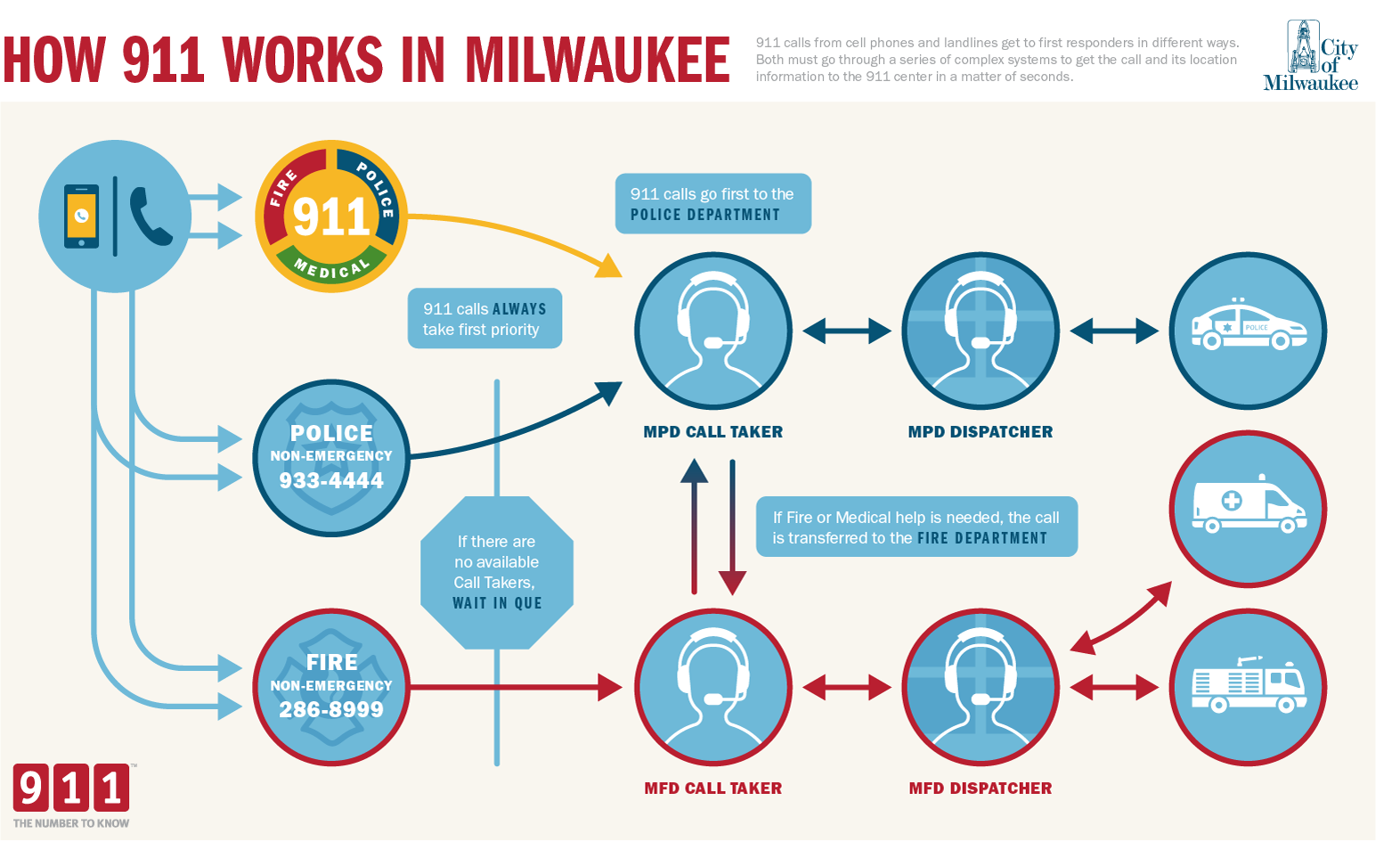 A diagram to explain how the 911 system works in Milwaukee.